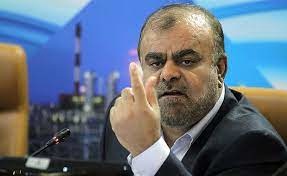 The Iranian minister of roads and urban development said that the barter exchange is among the important issues to be discussed in his negotiations in Pakistan.

Rostan Ghasemi made the remarks while speaking to IRNA in Islamabad, Pakistan, on Wednesday.

Ghasemi arrived in the Pakistani capital on Wednesday morning to take part in the 21st meeting of the joint economic commission slated for today.

As the Iranian minister announced, his talks with Pakistani officials are to concentrate on industry, energy, and transportation.

The Islamic Republic of Iran is ready to enhance cooperation with the eastern neighbor in the areas of energy, banking, and barter trade, the minister noted.

He went on to say that holding joint commission meetings is an important way to widen cooperation among countries and follow up mutual agreements.

About the two-day Iran-Islamabad joint economic commission, the minister said that the two sides are to sign different agreements on the second day.

He further referred to the development of border markets as an effective way to improve and secure people’s livelihood in the border cities.

It was over five years ago that the two held their latest joint economic commission meeting in Tehran and now Islamabad is hosting the fresh round of the event.