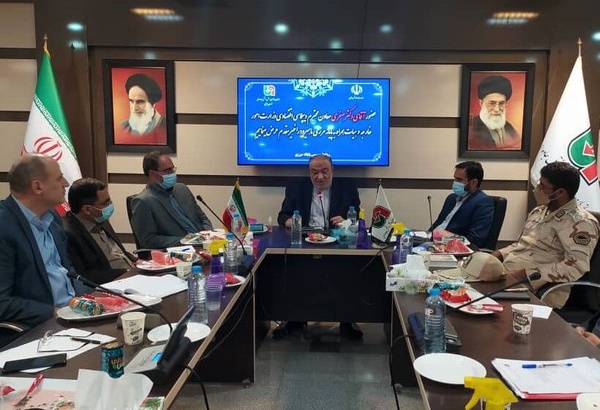 Iran's Deputy Foreign Minister for Economic Diplomacy Mehdi Safari has predicted that the volume of Iranian export is going to reach 45 to 55 billion dollars in the current calendar year (March 21, 2022, to March 20, 2023).

Safari made the remarks in a commission meeting on export, import, transit, transportation, customs offices, and border issues at the Birjand chamber of commerce, noting that the administration of President Ebrahim Raisi gives importance to expansion of trade ties with neighboring countries.

The Ministry of Foreign Affairs cooperates to promote bringing foreign currencies into the country by pursuing some nine factors, he noted, adding that these factors consist of export, import, transit, energy diplomacy, electricity and water, engineering services and technology transfer.

Pointing to Iran’s capabilities in exporting engineering services, he stipulated that the Islamic Republic is active in this regard in some countries such as Iraq, Afghanistan, Pakistan, Oman, and other littoral states of the Persian Gulf, as well as Africa and Latin America.

As to the issue of bringing foreign currencies through transit of commodities, Safari argued that the International North-South Corridor plays a key role in connecting Chabahar and Bandar Abbas in Iran to Central Asia, Russia, Caucasus, and Europe, adding that Pakistan-Iran-Caucasus-Georgia Corridor to Europe and Turkey-Iran-Pakistan Corridor to China are also active.

On Thursday, the deputy Foreign Minister for Economic Diplomacy visited Zirkuh city in South Khorasan Province with the aim of inspecting the existing situation and finding strategies to expand border exchanges through the Yazdan border market.

In a Thursday night meeting with the governor-general of the South Khorasan Province, Safari declared that the issuance of licenses to export goods to China has been increased and the province is ready to issue more licenses for export of strategic products to the Chinese market.

Safari also noted that the South Khorasan Province should pay attention to markets in Pakistan, Central Asia, Caucasus, and South Asia instead of focusing only on Afghanistan.

The province is entitled to export saffron to China along with fruits, dairies, chicken feet, and aquatic animals, he added.

The increase in issuing licenses to export commodities to China will pave the way for a surge of export volume to the country to four billion dollars per annum, the official noted.