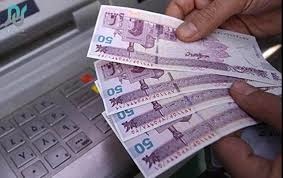 Iran’s first vice president says the administration is determined to enable a fair distribution of subsidies among the people, urging the public “not to worry” over purchases of essential items, amid a rise in prices of certain flour-based goods in the country.

In a TV interview, Mohammad Mokhbar briefed Iranians on the administration’s measures to pave the way for a fair distribution of the subsidies and explained the root causes of the recent increases in prices in the country and the food security challenges currently gripping the world.

He said the shortages of some essential items and their rising prices were mainly caused by drought in regions that served as the main suppliers of such items, the war between Russia and Ukraine, two of the major providers of grain to the global market, as well as hoarding in different parts of the world.

The official also provided explanations for the decision by the government to eliminate the subsidy for the industrial use of flour, which has led to a sharp hike in prices of a number of wheat-based items, such as sweets, pasta, baguettes, and noodles.

The issue of eliminating the subsidies was not brought up in the budget bill for the current fiscal year, but the administration placed the measure on its agenda to prevent shortages of essential items and fight their smuggling to other countries, he said.

Mokhber reassured the public that the subsidies for bread and medicine would never be eliminated.

“Following their defeat on the military field, the enemies of Iran have shifted the battle ground to economic war with the Iranian nation, which is even more dangerous,” he added.