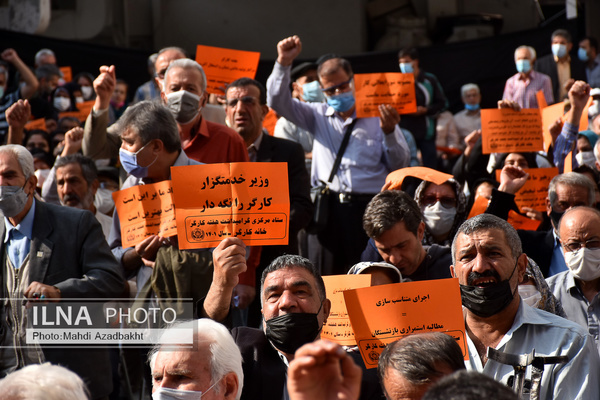 The International Labor Day was marked on Sunday with various programs by different labor unions and workers in Iran. The victory of laborers in achieving their demand for eight hours of work and legal rights was recalled.

The International Labor Day was marked on Sunday in the Islamic Republic of Iran by workers, activists of labor unions and a group of retirees of the labor community.

The ceremony was held at the “Workers House”.

The president of the veteran workers union, Hasan Sadeghi, was the first speaker of this ceremony and hailed the attendees at the event. He referred to the International Labor Day, saying that “we honor this day because the working class will not get rest until it gets its rights.”

He also said that the message of Labor Day is to fight, to fight those who resist the rights of retirees and pensioners. “The Labor Day is the day of demanding rights nationally,” he added.

He also noted that the liberal thinking that imposes capitalist economics on the national economy must be ended in this country.

The secretary general of the Worker's House, Alireza Mahjob, was another speaker of this event. He congratulated this day and said that the international Labor Day is meant for expressing ideas and protests as well as appreciating the workers.

He said that the first thing that we should refer to in this day is observing the law of 8 hours working a day.

He stressed that in Iran and many other countries, the law of 8 hours working a day as the most minimal right of workers is breached.