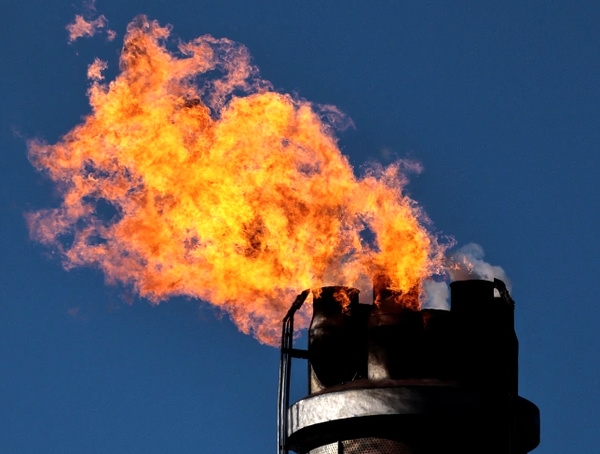 The latest sanctions are likely to push up oil prices — resulting in even higher prices at the pump.

The US government announced a ban on Russian oil, part of a broader prohibition that includes natural gas and coal.

“Russian oil will no longer be acceptable at US ports and the American people will deal another powerful blow to Putin’s war machine,” Biden said on Tuesday, adding that the decision was taken “in close consultation” with allies.

Russia is the world’s top exporter of crude and oil products combined, producing about 7 million barrels per day (bpd), or 7 percent of global supply.

In 2021, the US imported an average of 209,000 bpd of crude oil and 500,000 bpd of other petroleum products from Russia, according to the American Fuel and Petrochemical Manufacturers trade association.

According to analysts, the ban is something that the US can afford to do.

Due to the current exchange rate, “the US can afford that, [but] it would be much, much harder for continental Europe,” Cornelia Meyer, Chief Executive Officer of Meyer Resources, told Al Jazeera.

In terms of Russia’s total exports to the US, “it’s also not that important,” Meyer said.

“But what this shows is that there is resolve from the Western alliance, and if Europe would go with it, it would be very important,” she said, adding that China and India would likely buy up Russian oil diverted from the West.

What will the ban mean for oil and gas prices?

The prospect of a ban had already sent oil prices up by 30 percent last month, with oil prices hovering at about $130 a barrel and a gallon (4.5 litres) of regular gas selling for an average of $4.17 on Tuesday in the US.

Energy analysts warn that prices could go as high as $160 or even $200 a barrel if buyers continue shunning Russian crude, leading to US gasoline prices of more than $5 a gallon.

“Markets run on greed and fear and right now there is a lot of fear,” Adam Pankratz, a professor at the University of British Columbia’s Sauder School of Business, told Al Jazeera.

“The fear is that if we can’t get oil, where’s it going to come from?.. [With this ban] they have made [7 percent] of the world’s production toxic… that production is essentially unbuyable in many ways, and if you do that in an already very tight market the demand [and prices] are going to go up,” he said.

How does this affect US citizens?

The most immediate effect will be on inflation. The US is currently undergoing its highest inflation in 40 years, and data to be released on Thursday is expected to show the Consumer Price Index going up by 7.9 percent.

This could have profound consequences for Americans’ standard of living.

The question is: “Is the US at risk of running out of oil or is the US way of life at stake?” Pankratz said.

“Is it demand destruction? Because people decide, well, I can’t. It’s too expensive to drive. So I’m going to take the bus or I’m going to walk, versus massive demand destruction through companies being unable to produce their products, prices going up across the board and people losing their jobs,” he said.

“So one is sort of a bit more manageable… the other one comes with serious societal repercussions, and it’s not always easy to tell which way it’s going to go.”