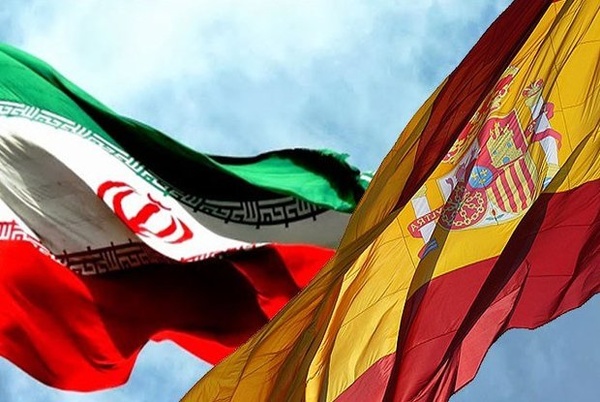 A member of board of directors of Iran-Spain Chamber of Commerce says Iran’s trade with Spain has declined due to the U.S. sanctions and most of Iran’s exports to Europe are done through the third party countries or intermediaries.

Speaking to ILNA news agency, Asghar Ahaniha said most of Iran’s exports to Europe are done through the intermediaries and for this reason, one cannot give exact details on the trade volume of Iran and Spain, adding that but Iran’s trade with Spain was 92.426m euros in 2019 which declined to 63.862m euros in 2020 due to the sanctions.

He went on to say since Iran in its foreign trade especially in Europe lacks banking transactions due sanctions and trade is conducted through forex shops, the trade volume with Europe is not considerable.

"Iran has cooperation with Spain in some industries like tile and ceramic, medical products and oil and companies are working together in those fields but even these co-operations are not serious because Spanish companies are afraid of trade with Iran due to the U.S. sanctions and punishments as well as the banking problem which has increased the cost of trade for economic activists."

Ahaniha went on to say that despite considerable commonalities between Iran and Spain and capacities for having good cooperation, unfortunately the level of trade and economic cooperation between Tehran and Madrid is insignificant and even the Covid pandemic has not improved it.

On putting the name of Spain on the list of export destination of Iranian luxury cars, he said Iran’s car exports have not matured enough yet to enter European markets because in Europe the luxury cars are sold with cheap prices than Iranians and entering this market needs creating some infrastructures in the country.

"As long as these infrastructures are not provided, Iran will not be able to enter Europe’s car market. He noted that most of Iran’s goods are exported to Spain indirectly and it is very limited number," he confirmed.

He added that Iran’s trade with Spain declined in 2020 comparing to 2019 and it slumped to 63.862m euros as industrial and technology products had major share of exports to Spain in 2020 which was valued at 17.889m euros.

Ahaniha went on to say that the most important export items to Spain in this period have been saffron, steel and iron, dried fruits, granite stone, marble, hygienic products and plastic raw materials.

"Iran’s saffron goes indirectly to other countries like in Europe, for example it goes to Afghanistan and then it is re-exported."

He said Iran ranks seven among the Middle East states in terms of exports to Spain and Saudi Arabia tops the list while Iran was fifth in 2019 and before the slum in its trade with Spain. He said Iran’s imports from Spain were 225.768m euros in 2019 and it slumped to 205,614m euros in 2020.

He added that Iran ranked six among the Middle East states in terms of imports from Spain as Saudi Arabia topped the list.