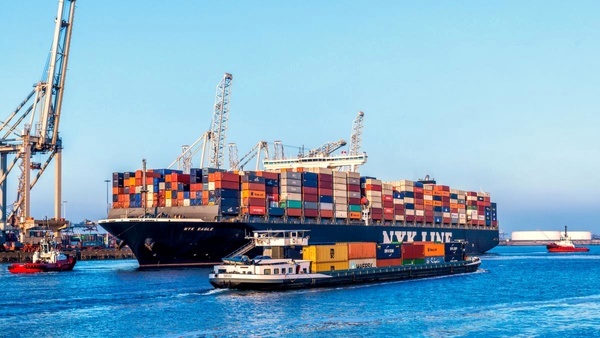 Iran's Minister of Energy Reza Ardakanian said Iran's exports has increased by 40% during the 18 months of temporary activity of the Eurasian economic agreement.

Outlining results of his visit to Saint Petersburg, Ardakanian said on Friday that during this trip, a meeting was held with the secretary general of the Eurasian Economic Union in which the union's minister of trade was also present.

He continued that there were detailed negotiations on the permanence of agreement between Iran and the union.

Ardakanian said it is hoped that most of the talks would take place in the final weeks of the 12th government, because the finalization time is legally limited.

Expressing that during about 18 months of the temporary performance of this agreement, there was about 40% increase in exportation, the minister added: There was a decrease of about 13% in imports from EU member states.

Ardakanian pointed out that generally general, trade exchanges have grown significantly compared to the same period.

He expressed hope that we will experience the development of our country's economic relations with the member countries of the union.

The minister of energy said: Considering the negotiations with Russian officials to use the resources that are underway in this field, the officials of this company expressed their interest in using Iran's facilities, including the free zone in the north of Iran.

Ardakanian who is the chairman of the Joint Commission for Economic Cooperation between Iran and Russia headed a delegation to Russia on Tuesday evening to attend the 24th Saint Petersburg International Economic Forum.