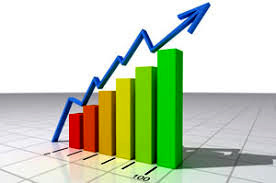 It is while the crude steel output in the world has decreased 1.3 percent in the mentioned time span. The WSA’s report said that Iran has produced 26.369 million tons of crude during the 11-month period of 2020, while the figure was 23 million tons in the same time span of 2019.

Meanwhile, the recent data released by the Iranian sources show that production of steel ingot in the country has increased 8.3 percent during the first nine months of the current Iranian calendar year (March 20-December 20, 2020) compared to the same period of time in the past year.

Over 21.65 million tons of steel ingot was produced during the nine-month period of the present year, while the figure was 19.98 million tons in the same time span of the previous year.

Saying that Iran is currently the world’s 10th biggest steel producer, the official underscored that the country is planning to rise to 8th place by the Iranian calendar year 1404 (starts in March 2025).

According to a report released by the World Steel Association (WSA), Iran’s crude steel production increased by 30 percent in 2019 while the average global growth in this sector stood at 3.5 percent.

Based on the WSA’s report, Iran produced 31.9 million tons of the mentioned commodity during 2019, while the figure was 24 million tons in 2018.