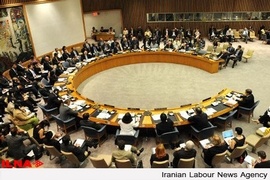 The Russian measure would have condemned the “aggression” against Syria and demanded that the three allies refrain from any further strike.

The vote was held after the United States warned that it was “locked and loaded,” ready to launch more military strikes on Syria if President Bashar al-Assad’s forces carry out a new chemical weapons attack.

Britain argued that the strikes were “both right and legal” to alleviate humanitarian suffering from repeated use of toxic gas in attacks in Syria’s seven-year war.

The United States, Britain and France launched air strikes in response to a suspected chemical attack in the rebel-held town of Douma a week ago that killed at least 40 people.

Russian Ambassador Vassily Nebenzia accused the West of “hooliganism” and demanded that it “immediately end its actions against Syria and refrain from them in the future.”

China and Bolivia supported the Russian measure, while the three allies along with Sweden, the Netherlands, Poland, Kuwait and Ivory Coast opposed it. Peru, Kazakhstan, Ethiopia and Equatorial Guinea abstained.

Air strikes by the allies on Saturday hit three targets that Western officials said were linked to chemical weapons development in the Damascus and Homs areas.

The United States, Britain and France have argued that military action was necessary after Assad’s forces had used toxic gases multiple times in violation of international law.

Russia has countered that the US-led action was aimed at overthrowing Assad and keeping Moscow’s influence in check.