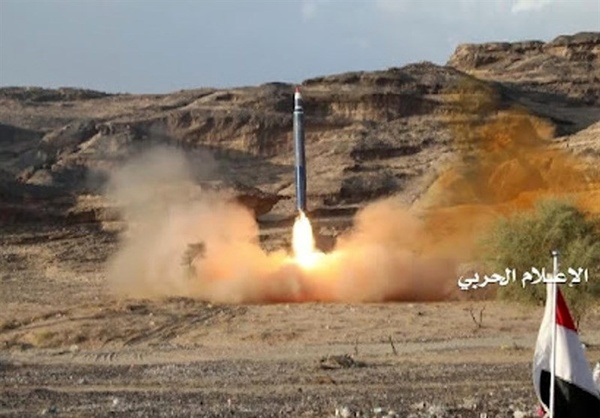 The head of Yemen's Supreme Political Council warned the Saudi-led coalition that if the war and siege against the Yemeni people continue, a barrage of missiles and drones will be unleashed on them.

"If you insist on continuing your aggression and siege against the Yemeni people, our missiles and drones will rain down on you," Mahdi al-Mashat said, according to Yemen's Arabic-language al-Masirah television network.

He said the weaponry the US is selling to the Saudis and Emiratis is of no use against attacks by the Yemeni armed forces. “They will not protect you from our strikes,” Mashat told the two countries.

The top Yemeni official also said that the so-called “Anger Maneuvers” conducted by American and Saudi forces in the Red Sea and the Gulf of Aden are ineffective, adding that the Yemeni forces will make them “Escape Maneuvers.”

Neither the maneuvers nor the noise of those fleets in the Red Sea and the Gulf of Aden can “shake a hair on us,” he stated.

He further said that all the measures taken by the occupiers are “in vain” and “baseless,” as the Yemeni people have become irrepressible under their wise leadership.

“We do not hesitate to strike the enemy with the hardest blows and will take all (necessary) measures to stand up for our people’s right to a free, independent, and honorable life,” Mashat asserted.

Elsewhere in his remarks, the Yemeni official voiced his country’s support for the Palestinians, saying that Yemen’s stance on the issue is “clear and unaltered.”

“We back Palestine and we are (suffering) invasion and siege due to our clear stance towards the occupying regime,” he concluded.

Enjoying arms and logistics support from the US and other Western states, Saudi Arabia led its regional allies, including the United Arab Emirates, into a catastrophic war on Yemen beginning in March 2015.

The invasion has been seeking to change Yemen’s ruling structure in favor of the impoverished country’s former Riyadh-friendly rulers and crush the popular Ansarullah resistance movement. The Saudi-led coalition, however, has failed to meet the two main objectives.

In April, a UN-brokered truce between the coalition and Ansarullah came into effect. The truce has since been extended twice, while Sana’a has accused Riyadh and its allies of breaching the ceasefire on countless occasions.

Earlier this month, the United Nations’ special envoy for Yemen, Hans Grundberg, said that the extension, running from August 2 to October 2, included a commitment from the parties to intensify negotiations to reach an expanded truce agreement as soon as possible.

Moreover, in line with the agreement, the coalition agreed to end its attacks on Yemeni soil and lift a simultaneous siege that it has been enforcing against the country.