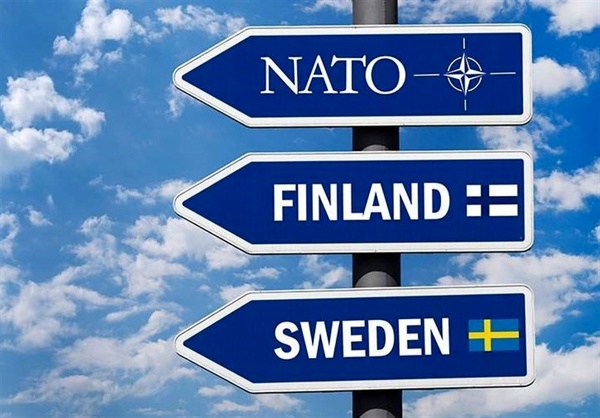 Stockholm will live up to the conditions of a memorandum of understanding agreed with Ankara to overcome Turkey's objections to Sweden's NATO membership, Prime Minister Magdalena Andersson said on Tuesday.

She also told a news conference that the decision made last week to extradite a man to Turkey was made "according to Swedish and international law, and we will continue to work that way", the Daily Sabah reported.

Sweden has agreed to extradite a man wanted by Turkey for fraud but has yet to respond to Ankara's requests for terrorist extraditions.

"The request for extradition was received last year. The Supreme Court has examined the issue as usual and concluded that there are no obstacles to extradition to serve his sentence," said Johansson.

In October 2021, Ankara made contact with the Swedish authorities through Interpol. Kale was arrested and imprisoned on the same date.

However, Turkey has not received a positive response to other requests for terrorist extraditions over the last five years.

Turkey, Finland and Sweden signed a memorandum this June on the Nordic countries' bids to become NATO members following four-way talks in Madrid.

Under the memorandum, Finland and Sweden agreed to take steps to address Turkey's terrorism concerns and lifts an arms embargo on Ankara.

Turkish Justice Minister Bekir Bozdag said in a statement on July 6 that Turkey had sent a letter to Sweden and Finland, reminding them that their demands included the extradition of terrorists.

The Turkish Justice Ministry, in line with court verdicts, requested that Finland extradite 12 terrorists – half of whom are affiliated with the PKK terror group and half with the Gulenist Terror Group (FETO), the group behind the defeated coup of 2016, according to the Justice Ministry sources.

Likewise, during the same period, Sweden was asked to extradite 21 terrorists, 10 FETO members and 11 PKK members.

However, Sweden and Finland, have not responded positively to requests from Turkey, a NATO member for over 70 years, for the extradition of a total of 33 terrorists.

Out of 33 requests over the last five years, 19 were rejected while no response was provided for five others.

Meanwhile, the legal process for the extradition requests by Turkey for nine other terrorists, two from Finland and seven from Sweden, is still underway.

Finland's defense minister also said Monday that his country does not support terrorism and understands the concerns of Turkey.

"You could say that we are fully NATO compatible. We meet the criteria for NATO membership," Foreign Minister Antti Kaikkonen said at the onset of the 240th national defense course at the House of the Estates in Helsinki, according to the Finnish Broadcasting Company (Yle).

Kaikkonen said that in the best-case scenario, Finland could become a full member of NATO by the end of this year.

"Naturally, we will do our part to ensure that membership can be actualized as quickly as possible," he emphasized.

The defense minister also said that to date, 23 out of 30 NATO countries have confirmed Finland's NATO membership. The decisions of the seven remaining member states' parliaments are still being awaited.

Among the seven is Turkey, which Kaikkonen recalled had its concerns about terrorism, but those were addressed in the document signed in Madrid at the NATO summit in June.

"And you can say it out loud, as everyone in Finland knows: Finland does not support terrorism. Certainly not," Kaikkonen pointed out, adding: "Our authorities are working every day to fight terrorism. And I think it is fair to say that they are doing so quite successfully."