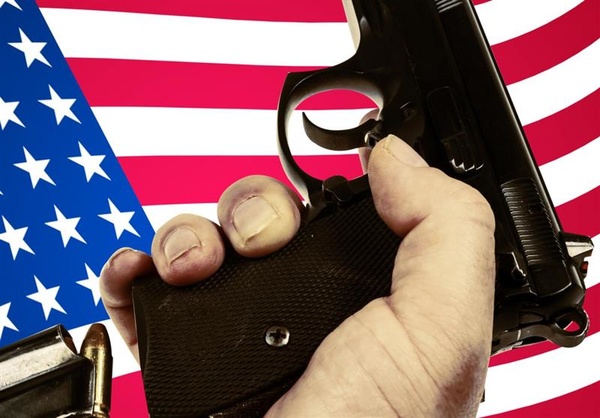 A deadly shooting at a WeatherTech facility in the US state of Illinois on Saturday occurred after a temporary employee robbed two other workers and was confronted, police said.

Police in the village of Bolingbrook, a Chicago suburb, were called on a report of a shooting at the facility around 6:25 a.m. and found three people shot, police said, NBC News reported.

One victim died, another was in critical condition, and the third was treated at a hospital and released, Police Chief Mike Rompa said.

The suspect fled when police arrived but was arrested later that morning, police said. He was identified as Charles C. McKnight Jr., 27.

Police believe the shooting happened after McKnight, a temporary hire at the facility, robbed two co-workers at gunpoint during an overnight shift, and was then confronted about the robbery, Rompa said.

“When confronted an argument ensued and the offender pulled out a handgun and shot three co-workers,” he said. “This shooting does not appear to be premeditated.”

A watch and wallet was taken in the robbery, police said. Police said they found a handgun and the items that were stolen when McKnight was arrested.

The person who was killed was identified by police as Central Hightower, 37, of Plainfield. The injured worker who was in critical condition is a 25-year-old man who was one of the people robbed, police said.

The robbery happened in a restroom, the victims told staff about it and there was an argument before the suspect allegedly opened fire, Rompa said.

McKnight worked for a temp agency and had been assigned to WeatherTech since June 9, police said.

McKnight is charged with first-degree murder and two counts of attempted murder, police said. It was not immediately clear if he had an attorney who could speak on his behalf Saturday.

The building where the shooting occurred was described by police as a distribution center. WeatherTech, a manufacturer of automotive products, did not immediately respond to a request for comment earlier Saturday.