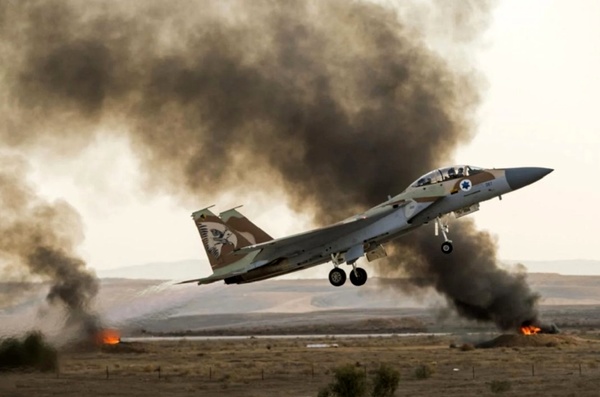 Israel carried out fresh airstrikes on Syria’s northwestern province of Hama late on Friday, killing at least five people, including a civilian, according to Syrian media.

While most of the missiles were reportedly intercepted by the Arab country’s air defense systems, at least five people were killed and seven others were wounded, including a child.

A report in Lebanon-based al-Mayadeen cited Syria’s defense ministry as saying that the Israeli regime carried out the aggression from the direction of the sea, eyeing targets in the central region.

It added the Syrian air defense systems intercepted most of the missiles and shot them down.

The UK-based Syrian Observatory for Human Rights said Israeli aircraft fired at least eight missiles toward Masyaf, which led to several fires. Ambulances were seen rushing to the area, it added.

The monitoring body added it was the 12th Israeli attack on Syrian territory since the start of the year.

Syria and the Israeli regime are effectively at war due to the latter’s illegal occupation of Syria’s Golan Heights since 1967, resulting in frequent escalations.

The Tel Aviv regime has repeatedly targeted the positions of the Syrian army and its allies.

The aerial bombardment intensified in scale and frequency after 2011 when the Arab country found itself in the grip of foreign-backed militancy and terrorism.

Damascus says Tel Aviv carries out attacks on the Arab country to aid terrorist groups against the Syrian army. It has repeatedly complained to the United Nations, calling the aggression a blatant violation of the country’s sovereignty and international law.

The regime has in the past provided safe passage and medical treatment to terrorists operating on the Syrian soil, who would flee to the Golan Heights, escaping from the Syrian army.

Friday’s airstrikes came hours after at least a dozen Syrian government forces were killed and 14 others were injured in a missile attack targeting the province of Aleppo that neighbors Hama to the north.

Lebanon’s al-Mayadeen news network said the casualties were caused after a bus carrying troops was targeted by a missile fired by terrorists holing up in the western part of Aleppo.

The regime forces have attacked Quneitra and other parts of Syria numerous times in the past year.

The deadliest attack took place on April 27, when nine combatants, including five Syrian soldiers, were killed outside Damascus.