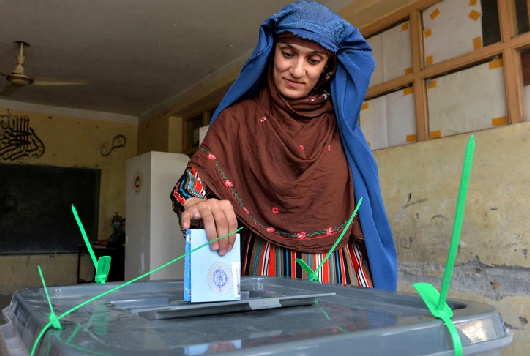 The Taliban has dissolved Afghanistan’s election commission, a panel that supervised polls during the previous Western-backed administration, says a spokesman for the government.

“If we ever feel a need, the Islamic Emirate will revive these commissions.”

The Taliban swept to power in August as a Western-backed government imploded in the final stages of a chaotic military withdrawal by the United States.

Established in 2006, the IEC was mandated to administer and supervise all types of elections, including presidential, according to the commission’s website.

“They have taken this decision in a hurry … and dissolving the commission would have huge consequences,” Aurangzeb, who headed the panel up until the fall of the previous regime, told the AFP news agency.

“If this structure does not exist, I am 100 percent sure that Afghanistan’s problems will never be solved as there won’t be any elections,” said Aurangzeb, who like many Afghans goes by only one name.

Halim Fidai, a senior politician in the previous regime, said the decision to dissolve the electoral commission shows the Taliban “does not believe in democracy”.

“They are against all democratic institutions. They get power through bullets and not ballots,” said Fidai, who was governor of four provinces over the past 20 years.

Before the Taliban takeover, several electoral commission officials were killed by armed groups.

The Taliban has already shut down the former administration’s ministry of women’s affairs and replaced it with the ministry for the promotion of virtue and prevention of vice.

That ministry earned notoriety during the Taliban’s first stint in power in the 1990s for harshly enforcing religious doctrine.

The Taliban government is pressing the international community to restore billions of dollars in suspended aid and have pledged a more moderate rule this time around.