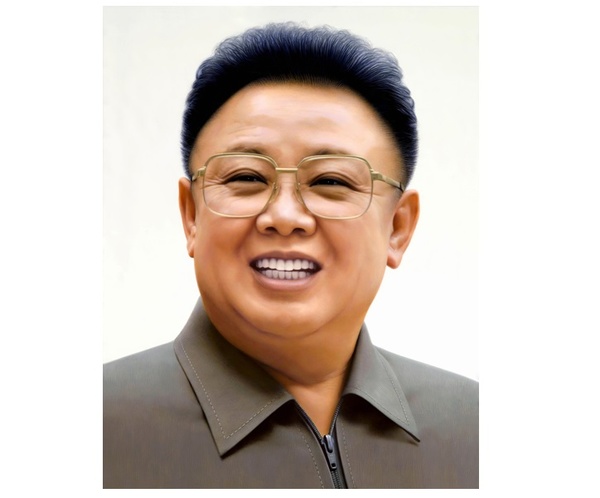 Unforgettable are the days of the December ten years ago.

December 2011 was usual for Kim Jong Il, eternal Chairman of the National Defence Commission of the Democratic People’s Republic of Korea, who had devoted his all to the prosperity and happiness of his people throughout his life.

He visited the Kaeson Youth Park in the capital city of Pyongyang on the first Sunday of the month.

It was unusually cold, but he looked round various places of the park, inquiring its operation.

When an employee of the park asked why he had come on such a cold day, not on a fine day, he said he had done so, so that the people could come on fine days.

The December of his life passed in this way for the people’s happiness and wellbeing.

In the course of such days of devotion, his health got deteriorated.

To be frank, he was suffering from a severe illness because of mental and physical fatigue in those days; he could hardly stand on his feet.

However, he visited more than one hundred units that year, leading the building of his country into a powerful socialist one.

Fully aware of the serious state of his health, doctors asked him to postpone his schedule of on-the-spot guidance and have a rest even for a while, but he dug in his heels, saying: I am sorry, but I cannot follow your advice; I would rather ask you to follow my advice.

He was a man of iron will to devote his all to building a prosperous country and bring happiness to his people.

On December 15, two days before his demise, he looked round the Hana Music Information Centre and the Kwangbok Area Supermarket for a long time.

The next day he studied the papers on improving the people’s living standards in his office until late at night, and left for another round of on-the-spot guidance.

Scenes That Moved the World

The Korean people wailed, and the entire country turned into a sea of grief; some people even fainted on the ground.

Such a tearful scene continued until December 29, the day of the national memorial ceremony.

The scene of the last farewell ceremony held on December 28 moved the world.

It was snowing heavily from the morning.

The weather forecast said such heavy snow before and after December 28 was unprecedented in the last 80 years. It snowed so heavily that people could hardly recognize one another at a short distance.

Something strange took place among the people, who were waiting for the funeral car along the streets.

They put off their overcoats and even scarves and put them on the road; some even went back to their houses and brought blankets and quilts.

Some young people put off their overcoats and covered the streets with them, themselves standing in shirts with ties.

This scene was visible all along the streets of 40 km, through which the funeral motorcade would pass.

A more surprising scene was unfolded when the motorcade was passing through the street in front of the Pyongyang Indoor Stadium.

The wailing crowd rushed to the street and blocked the motorcade with their arms; they looked like the children departing their dead mother.

The sky over Pyongyang on the December 28, full of wailing, sorrow and tears; the wailing people blocked the funeral motorcade, shouting “Dear General, you cannot go just like this.” The motorcade had to stop frequently because of the crowd who rushed to the streets to block the procession. The funeral service made other peoples think; have there ever been people on this land like the compatriots in the north who shaved genuine love with their leader? Has there ever been history such epic-like story of true love shown by the compatriots in the north, love which is beyond description and imagination and which cannot be retold or written without shedding tears? The compatriots, who had been wailing over the unbelievable news about the demise of their beloved Chairman Kim Jong Il, bid last farewell to him.

Ten years have elapsed since Kim Jong Il (1942-2011), the eternal Chairman of the National Defence Commission of the Democratic People’s Republic of Korea, passed away.

Following are the reminiscences of Kim Jong Il by international figures.

What was Kim Jong Il like seen by Sazhi Umalatova, chairwoman of the Party for Peace and Unity of Russia?

Kim Jong Il was a staunch defender of justice and truth.

When socialism began to collapse in succession in the East European countries including former Soviet Union in the end of the 1980s and the beginning of the 1990s, Kim Jong Il encouraged the socialists in Russia and saved them from spiritual wandering.

Umalatova saw the profile of the saviour and defender of socialism while reading the books written by Kim Jong Il, including The Historical Lesson in Building Socialism and the General Line of Our Party, Abuses of Socialism Are Intolerable and Socialism Is a Science.

His firm political conviction and will dealt a severe blow at the renegades of socialism and capitulationists and instilled a hope for the revival of socialism in the people who were aspiring after progress.

What Umalatova, a Leftist figure, could not forget was his ennobling human traits transcending ideology, ideal, political view and religious belief.

Like many Russians, she still remembered August 4, 2001, when Kim Jong Il visited the Lenin Mausoleum in Red Square in Moscow. When the career and exploits of Lenin, the pioneer of the socialist cause and leader of the international working class, were being debased by the renegade socialists and they were even insisting that the mausoleum should be moved from Red Square, Kim Jong Il visited the mausoleum and paid tribute to his memory.

She recalled: I am an atheist but I revere Chairman Kim Jong Il as a divine being; he was a politician of strong conviction and a leader who would carry out his position to the end.

Marshal Dmitry Yazov, former USSR Defence Minister, wrote in his memoir: It was a great pleasure in my life to get acquainted with Comrade Kim Jong Il; as the 13th defence minister of the former Soviet Union, I was attracted to him while meeting him several times during my visits to the Democratic People’s Republic of Korea; the resourcefulness and courage of a great commander is estimated in a war or military expedition where rise and fall of a nation is decided; then, who is a great commander in modern times when political confrontation and military situation are acute? I dare say that Comrade Kim Jong Il, Supreme Commander of the Korean People’s Army, is a man of that type.

A veteran military expert with rich battle experience and military knowledge, which he had gained through his lifetime service in the army, recognized the outstanding military talent and achievement of Kim Jong Il, which would shine for ever in the world military history.

He recalled the whole process of the DPRK-US confrontation in the 1990s.

As the world knows, many military experts and analyzers characterized the confrontation in early 1993 as an event full of dramatic shocks and sensations.

A military conflict was unavoidable owing to the all-out political and military offensive and collective sanctions on the part of the forces hostile to the DPRK, and the international community was concerned and worried about the possible gun sound on the Korean peninsula and its chain reaction in the international arena. But the situation changed dramatically: the tense confrontation was peacefully removed; government-level delegates of the Democratic People’s Republic of Korea and the United States sat at the negotiating table, and the DPRK-USA joint statement was made public for the first time in the history of bilateral relations; the US president sent a letter of assurance to Kim Jong Il, supreme leader of the DPRK, and many other miraculous events took place.

The United States, the “only superpower” in the world, lost the showdown.

Kim Jong Il defended the sovereignty and dignity of his country and changed the dynamic structure of the Korean peninsula with iron will and courage and outstanding insight. He won without firing a shot by combining hard and soft lines.

Such ability is not easy to find in the world military history and in other great commanders.

Hair-trigger situations were created on the Korean peninsula for several times later, but a war did not break out thanks to his military strategy.

The world community recognized that the factor was the decisive role      Kim Jong Il had played.

Yazov said that history recorded no great man possessed of perfect political qualifications as the leader of a nation and ability of a brilliant commander other than Kim Jong Il.

Kim Jong Il was a man sent by heaven to serve mankind; such a great man is born once in ten centuries–this was what Vishwanath, a prominent social figure in India, said when Kim Jong Il passed away.

It was entirely thanks to the wisdom of Chairman Kim Jong Il that there had been no gun sound of a third world war or a world nuclear war on the Korean peninsula, the hotspot in the world. He prevented the wars by turning his country into a military power; had Kim Jong Il failed to turn his country into one with a great military capability (though this could never happen) and had the United States unleashed a war on the Korean peninsula, the three gigantic transformations–material prosperity, technological leap and spiritual civilization–which the world has achieved in a peaceful environment over half a century at the highest-ever level in their thousands of years of history would have been unthinkable on this planet; the DPRK is willing to launch missiles over the Pacific and fight an all-out, missile war against the US if the latter launches a preemptive strike; its great spear, called ICBM, will make the first great hole in the golden shield, called NMD of the US, in order to defend sovereignty of the country; as a result, though the US is controlling the world at will and occupying medium-sized and small countries by resorting to political high-handedness and military arbitrariness, this high-handedness and arbitrariness are nothing but a broken sword in front of Korea; having saved the whole world from the “earthquake” of a war to be caused by tens of thousands of nuclear bombs is the political weight of the ever-victorious politics pursued by the DPRK.

Indeed, Kim Jong Il was a messiah who, by victoriously leading the DPRK-US showdown, defended the safety of 200-odd countries of the world and secured peace for billions of people.