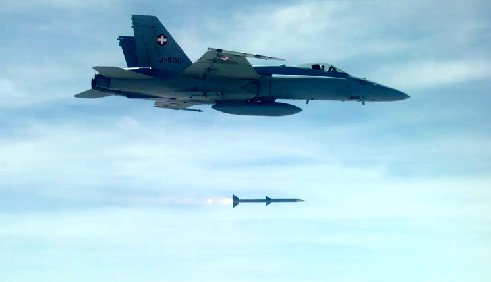 The US Senate rejected on Tuesday the resolution that would have banned the proposed sale of 280 advanced medium range air-to-air missiles to Saudi Arabia.

The White House said on Tuesday it strongly opposes the Senate resolution that would ban the proposed sale of the missiles to Saudi Arabia.

“[The Senate resolution] would undermine the president's commitment to aid in our partner's defenses at a time of increased missile and drone attacks against civilians in Saudi Arabia,” the White House Office of Management of Budget said in a statement.

Since January, Yemen’s Houthis have launched dozens of cross-border aerial attacks on Saudi Arabia. The Iran-backed militia targeted civilian areas and energy facilities in the Kingdom with explosive-laden drones and ballistic missiles.

President Joe Biden’s administration has repeatedly stressed that it will support Saudi Arabia in defending itself against attacks by Yemen’s Houthis.

Republican Senator Rand Paul, Democratic Senator Bernie Sanders, and Republican Senator Mike Lee had introduced a joint resolution to block the US arms sale to Saudi Arabia, accusing the Kingdom of instituting an “air and naval blockade” on Yemen.

“A message needs to be sent to Saudi Arabia that we don’t approve of their war with Yemen. By participating in this sale, we would not only be rewarding reprehensible behavior, but also exacerbating a humanitarian crisis in Yemen,” Paul said.

He added: “I urge Congress and the Biden Administration to consider the possible consequences of this sale that could accelerate an arms race in the Middle East and jeopardize the security of our military technologies.”