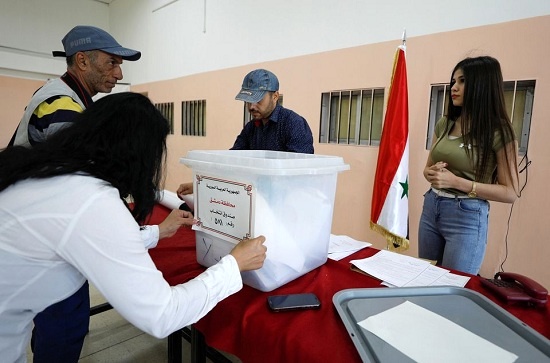 Polling stations opened on Wednesday across Syria in a presidential election that is set to usher Bashar al-Assad into a fourth term in office.

The government says the election shows Syria is functioning normally, despite the decade-old war. But the opposition and Western nations view the exercise as a farce to rubber-stamp Assad's grip on power.

Results are expected to be announced by Friday evening, 48 hours after polling closes.

The vote takes place amid the lowest levels of violence since 2011 -- but with an economy in free-fall.

More than 80 percent of the population live below the poverty line, and the Syrian pound has plunged in value against the dollar, with inflation skyrocketing.