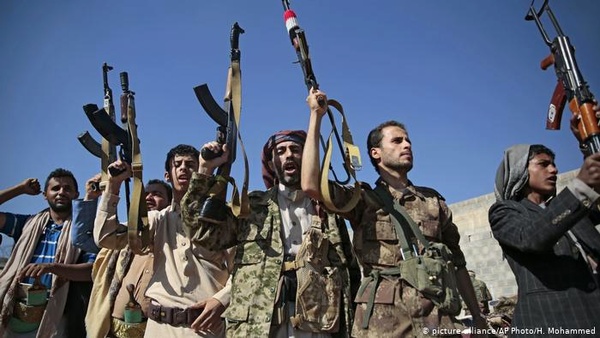 The Biden administration has formally notified Congress that it will remove Yemen’s Houthi movement from the US government’s list of foreign terrorist organisations, according to three congressional aides and a State Department official.

The State Department added the group to a list of official terrorist groups on the day before President Donald Trump left office despite an outcry from humanitarian organizations that said it would make it harder to get food, medical assistance, and other basic good to people in Yemen.

The Trump administration defended the move as part of a support campaign for Saudi Arabia, the United Arab Emirates, and other regional powers against the Houthi group.

“We have formally notified Congress of the Secretary’s intent to revoke these designations,” a State Department official said in a statement.

“Our action is due entirely to the humanitarian consequences of this last-minute designation from the prior administration, which the United Nations and humanitarian organizations have since made clear would accelerate the world’s worst humanitarian crisis.”

The reversal marks one of the first major shifts in US foreign policy by the Biden administration. It reviews a range of Trump-era policies on Afghanistan, North Korea, Russia, China, and beyond.

In his first week in office, Biden returned the United States to the Paris climate agreement and the World Health Organization.

The Trump and Biden administrations granted exceptions to legal and financial penalties associated with the designations, including naming the Houthis to a list of “Specially Designated Global Terrorists.” But aid groups have said that those steps would not fully prevent the designations from deterring aid and trade in recent weeks.

“This purely counterproductive designation had caused months of uncertainty as aid organizations, banks, and importers of critical commodities like food and fuel were left in limbo,” said Scott Paul, humanitarian policy lead for Oxfam America. “As the Biden administration has made clear, it is the humanitarian consequences of the designation, not the conduct of the de facto authorities, that warrants this reversal.”

Biden administration officials say they will renew engagement with Iran to constrain its civilian nuclear program and take a tougher line with Saudi Arabia, which has been fighting the Houthis since 2015.

On Thursday, President Biden ended the remnants of U.S. support for the Saudi coalition’s offensive operations in the conflict, pledged to intensify diplomatic efforts to halt the fighting, and named a new special envoy to the country.

A White House spokesman said a chief focus would be on the Yemen envoy's peace talks, Tim Lenderking.

“Our primary objective is to bring the parties together for a negotiated settlement that will end the war and the suffering of the Yemeni people,” the spokesperson said in a statement. “This will be challenging, but we have to make it our priority.”

The Biden officials and the congressional aides spoke on the condition of anonymity to discuss a sensitive policy issue.