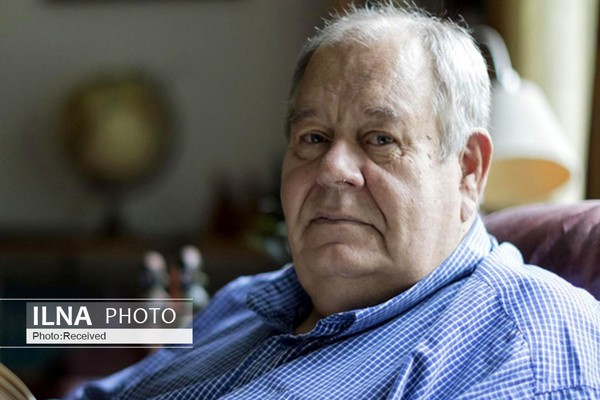 “Iran founds herself in a more and more difficult situation because of mostly USA illegal sanctions and the very heavy impacts of the coronavirus pandemic,” a political science professor at Tampere University Tuomo Melasuo said.

He said in an exclusive interview with ILNA news agency that even if the Iranian authorities have done non-understandable mistakes in their attempts to control the coronavirus, it is clear that the USA sanctions are dramatically worsening the country’s possibilities to counter the pandemic. He believes that the United States should seriously consider making an important reform of their Constitution that starts to be a little bit old, outdated, and “retarded”.

Tuomo Melasuo is a Professor of Peace and Conflict Research and Research director of TAPRI, Tampere Peace Research Institute, at the University of Tampere. With a Ph.D. in political science, Melasuo is also a professor in political history at the University of Turku, and his academic interest lies in particular in the recent history of North Africa and international relations in the Mediterranean.

You can read his full interview with Tuomo Melasuo as follow:

Q: Why the conflict between the U.S. and Iran isn't over and how do you evaluate the differences between the two countries?

A: The difficult relations between Iran and the USA in the first half of the year 2020 could be observed in a larger context. This larger context is the Nuclear Agreement of Summer 2015 and the Joint Comprehensive Plan of Action (JCPOA). More precisely it is that the USA does not any more honor the agreement on one hand, and the COVID-19, this worldwide corona pandemic, on the other hand. We need to locate the political behavior of Iran and the USA in this double context. None of them has shown really responsible attitudes during recent months of corona crises.

The USA politics towards the whole Middle East - the JCPOA with Iran and the Palestinians as examples - have been and still are very immature as well as dangerous and even counter-productive at the same time. Iran found herself in a more and more difficult situation because of mostly USA illegal sanctions and the very heavy impacts of the Corona pandemic.

Q: Trump administration sees U.S sanction against Iran as a victory but these sanctions are, in fact, an example of enmity with the Iranian people.

A: There have been sanctions against Iran because of its nuclear program at least already since 2007. During all these years the sanctions have had a negative impact on civil society and on the public health in Iran. I recall that some of my Iranian friends here in Finland were worried about the health of their parents and that they sent drugs to their elderly parents in the country.

Of course, the new sanctions of the USA, since it betrayed the 2015 nuclear agreement, have also a very negative impact on the general health conditions of Iran and especially on its civilian population. The USA’s very unclear but increasing sanction politics have without no doubt an important impact on the Iranian possibilities to face the Covid-19, which is the corona pandemic.

Even if the Iranian authorities have done several, even non-understandable, and very serious mistakes in their attempts to control the coronavirus, it is clear that the USA sanctions are dramatically worsening the country’s possibilities to counter the pandemic. This is particularly visible in the importation of drugs and medical equipment.

Thus, in this health care situation, the USA sanctions have no justification whatsoever. They are simply irresponsible, illegal, and even counterproductive. In the world coming after the corona pandemic, the international community could maybe consider pursuing the USA the same way as certain regimes were treated in war crime special court after the Second World War.

Q: Why Trump is not willing to back down despite international requests?

A:  It is clear that the sanctions are illegal because they do not respect the UN SC resolutions. In reality, the congressmen have no impact on Mr. Trump because the only thing he is worried about is his re-election in November 2020. This situation is, of course, a proof that there are many problems in the USA political culture and especially political system. The inhabitants of that country should seriously consider making an important reform of their Constitution that starts to be a little bit old, outdated, and “retarded”.

Q; Can it be said that the transfer of Iranian oil to Venezuela is a foreign policy failure for the US government?

A: Primo, Iran should do everything she can in order to satisfy the basic needs of its population. Secondo, the US behavior is extending its national problems, including its domestic legislation and jurisprudence, by a rather obscure procedure to extraterritorial domains, is a kind of imperial reaction and thus simply out of today’s world.

The US could maybe dictate the way how its own entities - companies and other actors - behave, but they have no kind of moral or legal right to extend their problems to the world outside of their boundaries. So, the US has no kind of right to intervene in Iran’s commercial relations with Venezuela.

Q:  By regarding tensions between Iran and the US what do you think about the future? War is it possible?

A: Mr. Trump is unpredictable, so everything is possible. Let us hope that there are some civilized people in his vicinity, if not in Washington DC, and then maybe in California, Mexico, or Canada, who could advise him that the best way to lose the elections is a war with Iran.

Of course, war is the worse alternative for both societies. This is something the Iranians should not forget. The president of Finland after the Second World War, Mr. Paasikivi used to say that “the recognition of the reality is the beginning of the wisdom”, and one of his successors within the end of the Cold War, Mr. Koivisto said that “if somebody provokes you, do not get provoked”.

Unfortunately, this is certainly too sophisticated and too complicated for the Trump administration, but with their millionaires old Persian culture this might be a reasonable proposition for the Iranians. A real full-scale war between these two countries would be a catastrophe for both of them, but also to the entire Middle East and to the whole Euro-Mediterranean community.