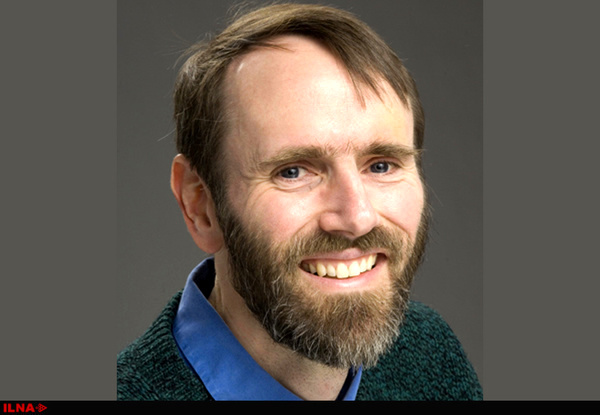 The Political science professor at New Hampshire University Kurk Dorsey believes that Trump has sent his warning to Iran, and the biggest fear is that he might decide to create a crisis with Iran before the November elections.

Kurk Dorsey who is a member of the Master in Public Policy faculty and a Professor of History at the University of New Hampshire thinks Iran's nuclear deal will get revived if Joe Biden is elected in November.  The author of three books, most recently “Whales and Nations” says “I expect that Iran will stay in as long as it can to show the world that it is willing to be a good neighbor but the United States is not willing to be a good neighbor.”

You can read the Full interview of associate professor of history at the University of New Hampshire with ILNA news agency as follows:

Q: For the first question, it's best to look at domestic issues in the United States. Across the US people have come out to demonstrate the death of George Floyd and police brutality towards African-Americans. What was the main reason for the recent protests in the United States? And can these protests help Trump win again?

A: The riots in the US are a product of two different factors coming together: the economic and social disruption caused by COVID-19 and the persistent problems of racism in US police departments.  African-Americans have suffered more than others from the virus and from the economic effects of shutting down the economy to stop the spread of the virus.  So they were already angry when the George Floyd killing became public and that was just the latest and worst of a string of killings on African-Americans by white Americans. I should also say that most Americans think that most police officers are forces for good in their cities and that the officers who killed George Floyd should face trial for murder.

We also have to separate the protesters into three groups; 1) people who want to change peacefully, who are most of the people in the street. 2) People who want to change violently, and 3) people who want to take advantage of busy police officers to steal things and set things on fire.  The violence of the last two groups has given President Trump and his allies a chance to encourage his supporters to see the problem as the left-wing in US politics, not racism in the system.  The riots will probably help President Trump rally his base by making the case that he supports law and order and Joe Biden supports disorder.  But in the long run, violence in the streets, an economic disaster, and more than 100,000 dead from the virus will mean that the American people will be looking for a change in the November elections.  So I believe that Trump will lose the election, but much can change in 5 months.

Q; Can it be said that the transfer of Iranian oil to Venezuela is a foreign policy failure for the US government?

A: The transfer of oil from Iran to Venezuela shows us two things: 1) countries that don't like the United States will cooperate even if they have nothing else in common 2) Venezuela is in really bad shape if it has to import oil.  So I do not think it was a defeat for the US so much as an admission of defeat for Venezuela.  As to Iran, with oil so cheap on the world market right now, giving it to Venezuela was an inexpensive way to show the world that countries that are anti-Trump should work together.

Q: Some analysts believe that an impressive victory by a Democratic candidate will be distinguishing features of U.S. foreign policy of the past few decades. How will this new political configuration affect U.S foreign policy? Can we say that tensions between Iran and the United States are easing in such a situation?

And hence I don't see any prospect of negotiations between Iran and the US before January 2021.  Trump sees no benefit from negotiating with Iran because his most fervent supporters approve of his strong anti-Iran position, so unless Iran makes a big compromise he will have nothing to gain.  You must remember that more than any US president ever, President Trump sees every policy as being about himself and repudiating his predecessor.

Q: And how about U.S sanction against Iran. Trump administration sees it as a victory but these sanctions are, in fact, an example of enmity with the Iranian people. Why Trump is not willing to back down despite international request?

A: It is both a victory for Trump and a sign of enmity. Trump has simply decided that he will not negotiate with Iran because President Obama did negotiate. The suffering of other people does not affect him at all, even in the United States, so he really does not care about suffering in Iran.  To be fair to Trump, the outbreak or recurrence of COVID-19 in other countries is not his fault, even with sanctions.  Iran's leadership has failed to help its people just like Trump has failed to help his citizens enough.  Sanctions are not really about changing a country's policy, but instead, they are about sending a warning; Trump has sent his warning to Iran, and the biggest fear is that he might decide to create a crisis with Iran before the November elections.