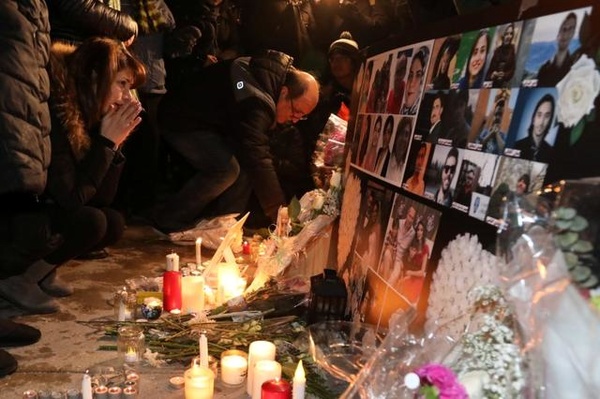 Iranian investigators have asked France’s BEA air Accident Agency to read black boxes of a Ukrainian plane which was mistakenly shot down in January near Tehran.

“Iran’s AAIB recently made a request to the BEA that the recorders should be taken by Iran to the BEA’s premises in France to be read in the presence of representatives of other involved countries and ICAO if the BEA is in a position to accommodate this,” Farhad Parvaresh, Iran’s representative to the UN agency, told Reuters by telephone.

The BEA said it had not formally received the request and remained in discussions with Iran, Canada, and Ukraine on any involvement it may have.

Iran’s Deputy Foreign Minister for International and Legal Affairs, Mohsen Baharvand said on June 7 that Iran is ready to deliver the black box of the downed Ukrainian plane to French or any other foreign company capable of decoding it.

“According to our investigations, Iran, Ukraine, and many other countries are not capable of decoding the black box due to the aircraft’s modern technology,” Baharvand said.

“Iran can deliver it to French or any other foreign company capable of decoding it but we have to make sure that there are no risks of abuse of the black box,” he added.

He stated that talks with Ukraine on transferring the black box to its intended destination for decryption are underway but not finalized.

According to Baharvand, technical investigations in Iran are on their final stages and the Islamic Republic is well informed of the details of the incident.

“We do believe that decoding the black box will add nothing special to Iran’s investigation about the incident,” he asserted.

“Our investigations are comprehensively conducted and we know exactly what has occurred to the flight,” the deputy foreign minister added.

He also pointed out that Iran has had warm technical cooperation with other countries on the Ukrainian flight issue and the subject has not been politicized at all.

The Ukrainian passenger plane, with 176 people aboard, was mistaken for an invading missile.

The tragic incident happened a few hours after Iran fired missiles at a US airbase in Iraq in retaliation for the January 3 assassination of General Qassem Soleimani. Following the retaliation attack, the Iranian military had been put on high alert.