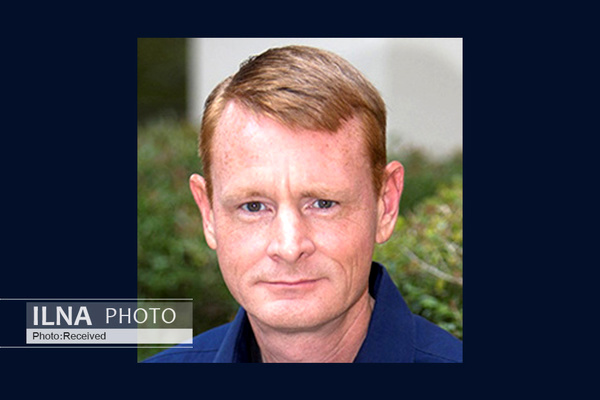 Mike Hollingsworth political science professor at University of South Alabama talked about recent tension in Middle East with ILNA news agency. He believes that there are many ways to reduce tension; some ways that tension could be reduced would be to examine the nuclear program and negotiate a reasonable treaty.  He added "There is always hope that something will change in the future and that the United States and Iran can reach an agreement that would allow Iran to reenter the world economy."

Q: The “Maximum Pressure” policy is designed to disrupt the Iranian economy. Will the US government abandon such a policy?

A: The most recent round of sanctions placed on Iran by the Trump administration have had a deleterious effect on several aspects of the economy and standard of living in Iran.  The reduction of exemptions for certain parties dealing with Iran was part of the strategy of applying “maximum pressure”.  Overall, the sanctions have not been good for Iran at all.  These sanctions, while currently effective, will most likely not continue to cause as large deterioration in the economic activity of Iran, as the GDP is expected to stay stable over 2020.  A major unknown is what role Russia and China will play in this, and is the rural areas will continue to be disproportionately affected by these sanctions.

Trump is unlikely to abandon the current strategy on Iran, and Iran is relatively resistant to sanctions since they’ve been under them in one form or another for so long.  There is no compelling reason for the United States to change strategies.  Pressure from Europe, who wants access to markets in Iran, is the only pressure the U.S. really faces regarding the sanctions, and this is not compelling enough to convince the current administration to change strategies at this time.

Q: What can be done to fix the Iranian economy?

A: The reduction of sanctions under the Obama administration led to economic growth in Iran.  Much of this has been eliminated since the imposition of the current sanctions.  Iran does have the advantage of experience dealing with sanctions and leveraging illegal markets for goods such as oil.

To fix the economy, Iran would need to leverage connections with countries that are not concerned with abiding by the sanctions such as China and Russia.  Critical to any improvement in the economy is the maintenance of positive peace in terms of employment and cost of living considerations in the country.

A second option for improving the economy would be for Iran to abandon its nuclear program, or at least negotiate and abide by a reasonable treaty. This holds some political danger for the government since they do not want to be seen as acquiescing to demands by the United States.

Q: Iran announces 4th step to cut nuke commitments; so what will happen at the end?

A: Iran has indeed further reduced their commitments to the Joint Comprehensive Plan of Action (JCPOA). Other than the sanctions that have already been placed on Iran by the United States, it is unlikely that any further action would be taken at this time.  The multilateral treaty is really just not that relevant anymore.  Iran will continue its nuclear program and the sanctions will continue.  Other factors would lead to further conflict, not the reduction of commitments to JCPOA.

A: The sanctions are hurting the Iranian people, but members of the government are not suffering in the same way.  This is unfortunately all too common in these types of struggles.  While economic indicators will likely cease to continue to decline, this does not help the people of Iran in their current situation.  Those in rural areas are disproportionately affected, but the average citizen of Iran is seeing a decline in their quality of life, increases in cost of living, and the reduction of employment opportunities within the country.

One could consider the current actions of various governmental actors as a type of conflict, although I would stop short of calling it a type of war.  This is not the only way to interpret it.  Some would consider the attempt at the destruction or limiting of another nation-state’s economy to be a form of warfare since it involves a type of violence against the people of the nation-state.  Governments decide on a course of action and sometimes the suffering experienced by the population is considered reasonable to achieve a specific goal.  In this case, Iran wants self-determination and a nuclear program.

Overall, it is not fair to the Iranian people.  The average citizen did nothing to harm anyone or deserve to suffer under harsh sanctions.  A better way to think of fairness is to examine the sanctions and see if their purpose was to hurt the citizenry.

Q: what is the best way to reduce tension? Is there a possibility of direct talks between the presidents of the two countries?

A: There are many ways to reduce tension; the question is what can be done that is politically acceptable to the government of Iran.  Some ways that tension could be reduced would be to examine the nuclear program and negotiate a reasonable treaty.

The JCPOA was not a good treaty from the standpoint of the United States or anyone but Iran.  The Obama administration was not known for good foreign policy decisions.  That, however, is in the past.  Negotiation is possible.  The current U.S. administration is relatively open to negotiations with individuals as evidenced by Trump’s willingness to negotiate with North Korea and the Taliban.  This is a very practical approach. There is always the possibility of negotiations with the current administration, although there would be less compromise.

Q: last month Iran has witnessed protests in Iran. Issuing statements by US administration does not mean interfering in the internal affairs of countries?

The U.S. has a long history of doing this.  Look at Central and South America and what the U.S. did there.  Look at what the Soviet Union did and what Russia did after the fall of the Soviet Union.  Look at China’s current actions.  Any country with a decent amount of power messes with the internal affairs of a variety of other countries.  All of these countries are messing with the internal affairs of Iran as well.  The U.S. is just taking a more public approach or at least the approach that gets the most media attention.

Q: Does the U.S.-Iran relationship have a Future?

A: It’s hard to say what the future holds for the countries.  The U.S. is considering additional troop deployments to counter an alleged Iranian threat to the region.  There will hopefully be no armed conflict in the future.

The Trump administration will likely not back down on sanctions.  These sanctions are harsher that previous rounds of sanctions so people in Iran will continue to suffer.  The Trump administration will continue to support countries such as Saudi Arabia to build up their military strength to counter Iran’s regional power.  Iraq will also be a source of contention as well as Yemen.  Tensions will likely remain high in the region.  If any overt hostile action is taken by Iran is could lead to a limited use of military force.  Overall, things are probably going to stabilize with Iran’s economy creeping along with very low growth and lack of opportunities for Iranian citizens regarding employment.