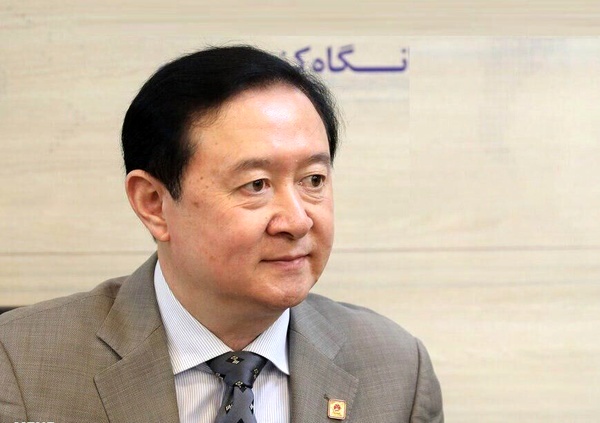 According to ILNA news agency reporter, speaking in a meeting to review Iran-China economic relations, Chang said “I have been China's ambassador to Iran for six months and during this time I have been trying to develop bilateral relations between the two countries.”

“Strategic ties between Iran and China have entered a new chapter and the political trust has increased between two countries.”

He confirmed “Chinese Foreign Minister has proposed a “Chinese initiative” to reduce tensions in Persian Gulf so we hope that by implementing it, this important area will calm down.”

China Ambassador said “Despite US efforts, economic relations between the two countries are expanding so the volume of trade ties between Tehran and Beijing increased from $ 27 billion to $ 31 billion in 2016 to 2017,” adding that the figure has amounted $20bln in the first eight months of 2019.

Referring to Iran nuclear deal, Chang said, "JCPOA was not created overnight, it was the result of months of negotiations between major world powers and China believes it should be maintained.”

Washington withdrew from the internationally-endorsed 2015 nuclear deal with Iran, reimposed the toughest-ever sanctions against the country and started a plan to zero down Tehran's oil sales.

Under the nuclear agreement reached between Iran and six world powers in July 2015, Tehran undertook to put limits on its nuclear program in exchange for the removal of nuclear-related sanctions.

In 2018, all the other signatories — Russia, China, Germany, France, the UK, and the EU — refused to follow the US example and confirmed their commitment to the accord, trying to save the deal with the Islamic Republic.