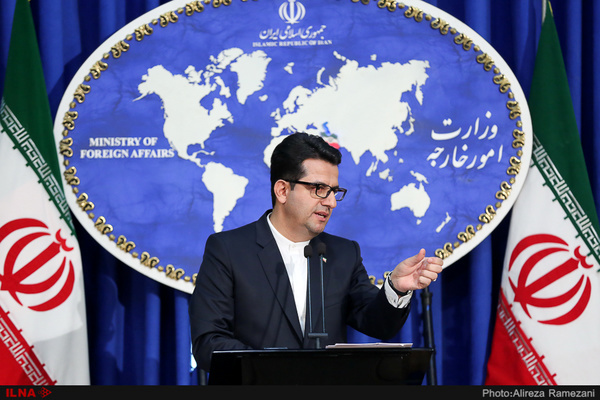 "The Islamic Republic of Iran has made no decision yet on leaving the NPT," Mousavi told reporters. Mousavi reportedly said that Iran, which is reducing its commitments to the 2015 Joint Comprehensive Plan of Action (JCPOA) treaty after the United States pulled out in May 2018, will keep the door of diplomacy open but will not pin “hope on anyone”.

"Iran has worked out different scenarios and will implement its intended measures based on time requirements and measures taken by the opposite side," Mousavi said, according to the MEHR News Agency.

Last week, Iran launched the fourth stage of reducing its obligations under the nuclear deal. According to the Iranian Atomic Energy Organization the country is planning to enrich uranium to 4.5 percent at the Fordow nuclear facility, an activity that was previously banned under the deal.

On 8 May 2018, the US president, Donald Trump, pulled Washington out of the JCPOA treaty and re-imposed sanctions on Iran’s banks and oil industry. The remaining signatories to the deal criticized the move and made a commitment to find a way to remove the US sanctions in order to continue the deal with Iran.

A year later, Iran announced that it would start to gradually reduce its commitments under the JCPOA unless the remaining signatories come up with a solution to its economic struggles. It has since gone through three stages of such roll-backs.