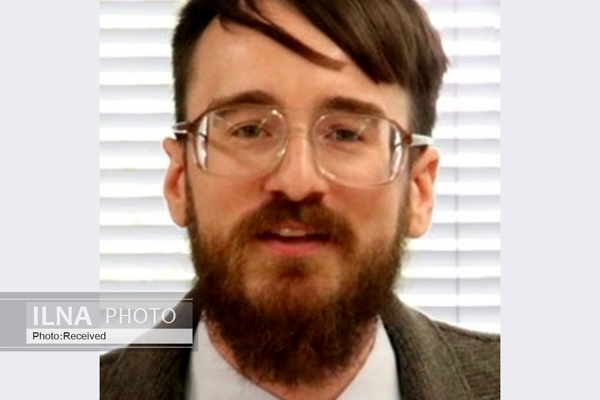 Professor of Political Science at Yale University and a Stanton Nuclear Security Predoctoral Stephen Herzog told ILNA that the strategy of maximum pressure has only resulted in exacerbated tensions.

Speaking to ILNA news agency, he added “It is regrettable that the Trump administration decided to withdraw from Iran nuclear deal (JCPOA) to pursue this policy when Iran was complying with its obligations under the deal. Herzog who is works at the Project on Managing the Atom emphasized that but despite Trump oftentimes harsh rhetoric and provocative tweets, he has shown himself to prefer negotiation over conflict.

Below is his full interview with ILNA:

ILNA: First of all, what is your analysis of the current tensions in the Persian Gulf? Is war possible?

A: Well, I think there is good and bad news. The bad news is that the summer and autumn have certainly been volatile. We’ve seen attacks on Japanese and Norwegian tankers in the Gulf of Oman, the shoot-down of a US Global Hawk drone by the Islamic Revolutionary Guard Corps, US retaliation against an Iranian drone in the Strait of Hormuz, and recent strikes on Saudi Aramco oil processing facilities at Abaqiq. These events have been accompanied by increasingly hostile rhetoric from Iranian and US leaders. There also seems to be a significant risk of further incidents at sea.

The good news is that it is clear that neither Iran nor the United States wants to go to war. My Yale University co-author, David M. Allison, and I recently outlined this in the US publication The National Interest. News reports and public opinion polls show that the Iranian and US people aren’t interested in conflict. President Donald Trump, President Hassan Rouhani have all expressed a desire to avoid war. Events in the Persian Gulf always remain below a certain threshold and are unlikely to result in escalatory misperceptions precisely because publics and leaders would prefer peace. However, without negotiations, we are unlikely to see an end to the current tensions.

ILNA: Has the US strategy of maximum pressure achieved its objectives?

No, the strategy of maximum pressure has only resulted in exacerbated tensions. It is regrettable that the Trump administration decided to withdraw from the Joint Comprehensive Plan of Action (JCPOA) to pursue this policy when Iran was complying with its obligations under the deal. On the other hand, it is regrettable that Iran has now decided to breach certain JCPOA provisions.

Still, I think we are seeing signs of the end of maximum pressure. Recall that this policy was championed by the so-called “B-Team” of former US National Security Advisor John Bolton, Israeli Prime Minister Benjamin Netanyahu, and Crown Prince Mohammed bin Salman of Saudi Arabia, and Abu Dhabi’s Crown Prince Mohammed bin Zayed. Now that Bolton has left the Trump administration, there seems to be breathing space for negotiation instead of constant confrontation with Iran.

ILNA: Would it be possible for Iran to negotiate with the Trump administration?

A: Absolutely. Despite his oftentimes harsh rhetoric and provocative tweets, President Trump has shown himself to prefer negotiation over conflict. He threatened to annihilate North Korea before reigning in his threats and engaging in bilateral negotiations. In recent weeks, he said that he hopes negotiations with Iran will be possible. And my guess is that a deal that would satisfy Trump and his administration would be largely consistent with the parameters of the JCPOA and its layered verification regime.

The past few months have shown calculated efforts by both Tehran and Washington to demonstrate that they can raise costs for one another. This makes negotiation an appealing option for each side, although it may take some time to get to the bargaining table.

ILNA: Trump has said that he would be willing to meet with Iran President. Could we foresee an event like this happening?

A: Well, for years we have heard about the potential for meetings between the heads of state of Iran and the United States. Yet, even though Rouhani and Barack Obama spoke by telephone in 2013, they were not able to meet for a handshake at the UN General Assembly. I think this was a missed opportunity to stimulate some level of diplomatic rapprochement. But Trump is not Obama. He met North Korean Supreme Leader Kim Jong-Un for negotiations in Singapore and Hanoi, and then he became the first sitting US president to enter North Korea when he crossed the Demilitarized Zone.

I could see Trump meeting Rouhani for a historic meeting and trying to establish a basis for negotiations. President Trump places a lot of faith in his insights about people when he meets them, and I could see the two leaders having a productive dialogue. Perhaps they could even explore issues beyond the nuclear one and start a roadmap toward a “grand bargain” to normalize relations between the countries. Reversing course on 40 years of hostility would be a central part of the presidential legacies of Rouhani and Trump. However, none of this will happen if the two sides don’t start talking.

ILNA: But shouldn’t Iran be skeptical of having the same types of negotiations as North Korea, where there was no result?

A: I wouldn’t necessarily say that there have been no results in the talks between North Korea and the United States. Denuclearization negotiations are a complicated process. Taking steps to establish ties between countries that haven’t had relations for decades is too. It’s very easy to write off a summit due to a lack of agreement, but the sides keep on talking. And remember, it took 20 months to negotiate the JCPOA in the first place.

I think Iran is actually in a much better position to achieve a deal than North Korea. Iranian leaders have been clear about their lack of interest in developing nuclear weapons. This has manifested itself both in their statements and Iran’s past compliance with the JCPOA.

The Iranian government wouldn’t be debating with the United States on how to dismantle nuclear weapons because Iran doesn’t have such weapons. Instead, the discussions could focus on verification of the civilian nature of Iranian nuclear facilities and protecting the legitimate security and economic interests of both countries. It will require confidence-building measures and some concessions from each side. The United States must be more open to rolling back sanctions than we have seen in the past few years of the Trump administration. Iran must be open to discussing its ballistic missile program and US allegations that it supports terrorist organisations.

ILNA: What might happen if Iran again reduces its commitments under the JCPOA?

A: I understand why Iran does this, given the Trump administration’s unwise decision to withdraw from the JCPOA. But every time Iran does so--whether by increasing the number of IR-4 and IR-6 centrifuges in its cascades or by exceeding the threshold of 3.67% U-235 in its enriched uranium--I think it’s a provocative mistake.

And there are two reasons for this. First, such actions play into the hands of US hawks who seek to punish Iran. They see Iranian breaches of the deal as evidence that Tehran is hedging and was never serious about forswearing the nuclear weapons option.

Second, JCPOA breaches make it more difficult for America’s European allies to justify remaining in the deal and to convince the Trump administration to return to the bargaining table. While Iran may have good reasons for breaching the deal and may be trying to signal its capabilities to the United States, this is not how the message is received in Washington. It only worsens tensions.

The most important thing Iran can do to disprove its critics in the United States, Israel, Saudi Arabia and elsewhere is to engage in arms control. If Iran were strictly adhering to the JCPOA, it would be much tougher for interlocutors to convince its European trading partners to reduce their commercial ties.

Stephen holds an M.A. and M.Phil. in Political Science from Yale, an M.A. in Security Studies from Georgetown University, and a B.A. in International Relations from Knox College. He has extensive international experience spanning over 90 countries. His writing has been published in outlets such as Arms Control Today, The National Interest, The Nonproliferation Review, and War on the Rocks.