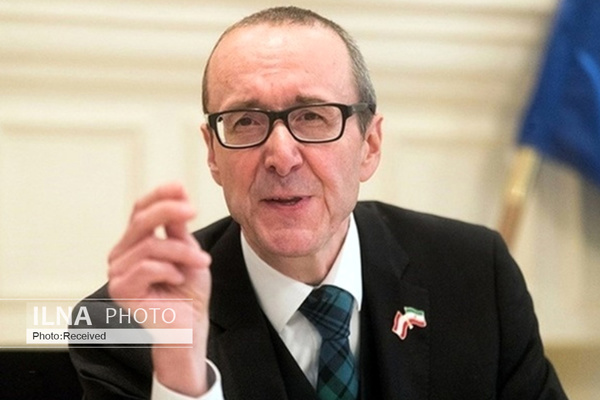 Austrian Ambassador to Iran Stefan Scholz underlined US sanctions have not yet had negative impact on infrastructure projects, and we are planning for faster cooperation with Iran.

Speaking to ILNA news agency correspondent, Scholz stressed Vienna will continue its trade ties with Tehran despite of the US sanctions, adding that “Anti-Iran sanctions have made trade relations with Iran a little difficult but they can be improved through efforts.”

Referring on recent diplomatic meetings with Tehran's mayor on the sidelines of the 4th International Mayors Summit (IMS) in Vienna, he said: "Several countries came together in Vienna to expand ties, so they discussed important issues, first of all deepening of the friendship and cooperation between Tehran and Vinnea.”

“We are working to expand our relations with Iran in the field of architecture and urban planning in the future.”

Austrian Ambassador pointed that Vienna was the host of the Joint Comprehensive Plan of Action known commonly as the Iran nuclear and said “We have common interests with Tehran and are very interested in maintaining a friendly atmosphere between Iran and Austria.”

Responding to the question that Tehran faces difficulties in providing metro infrastructure after the US sanctions and whether Austria can assist Iran in this regard, the Austrian ambassador said "We are in a very difficult situation now because in most cases there is a problem with the payment, but Austrian companies continue to operate despite the post-sanctions threats.”