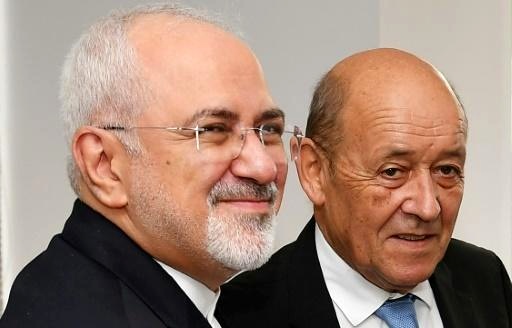 The meeting was in line with Tehran and Paris efforts in recent weeks to rescue the Joint Comprehensive Plan of Action (JCPOA), also known as the Iranian nuclear deal, from which the United States has withdrawn, raising tensions in the Persian Gulf region.

After the US withdrawal from the JCPOA, France, Germany and Britain promised to preserve the agreement while guaranteeing Iran's economic interests.

As the European parties failed to keep their promise, Tehran decided in May 2019 to react to Washington’s exit from the deal and began suspending its JCPOA commitments in 60-day stages under Articles 26 and 36 of the JCPOA which set out Tehran’s legal rights.

Iran has given another two months to the European signatories to take meaningful action to save the JCPOA as a France-led diplomatic process is underway between the two sides.