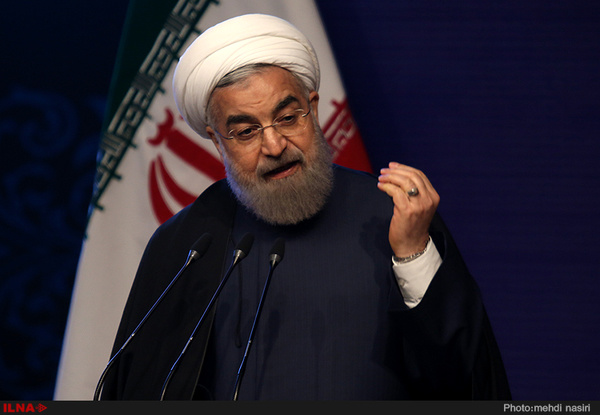 Iranian President said that the only way to achieve security in the region is stopping the US' intervention and the Zionist regime's escalating interferences, or else the insecurity will continue.

Iranian President Hassan Rouhani made the remarks Sunday before leaving the country for Ankara to attend the trilateral summit, saying, " Security is an important  issue for the three countries and these countries are coexisting with Syria in one region."

Rouhani added that despite the problems that the Syrian people are facing, including the terrorists, the previous two years' talks in Kazakhstan's capital have made good progress.

All parties will discuss developing trilateral cooperation in various fields and regional interactions and the Syria crisis also will be considered.

"Today, the Syrian government has the control over  the most parts of the countries but there are some parts, especially Idlib that are in hands of terrorists; so the battle against terrorists still continues," noted the President.

"The Zionist regime's aggression and intervention in Syria, its supporting of  the terrorists, and its attack on the Syrian people and the related infrastructures are among the concerns of the three countries," Rouhani continued.

He further stressed that the regional issues must be solved only by the peopel of the region through negotiation.

Iran's President went on to say that the US' wrong actions and its schemes in the region have made lots of the nations of the world concerned. He gave the example of American support of Saudi Arabia and UAE in the aggression against Yemen.

President Rouhani is to hold separate meetings with presidents of Russia and Turkey on bilateral issues. Rouhani is accompanied by a senior political and economic delegation.

The guarantor states have held several summits on the crisis in Syria, the most recent of which took place in Sochi, Russia, in February. In their last round of political talks which was held in early August in Kazakhstan’s Nur-Sultan, the three guarantor states reaffirmed their adherence to the independence, sovereignty, and territorial integrity of Syria.