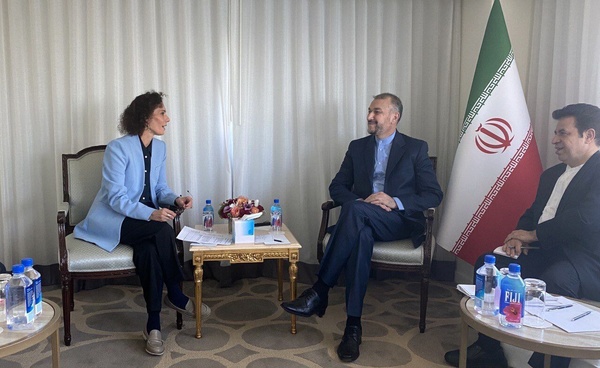 The meeting took place on the sidelines of the United Nations General Assembly and the two officials discussed bilateral ties, expansion of cooperation with the European Union, and international issues.

Amirabdollahian who accompanied Iran’s President Ebrahim Raisi to the UNGA is still in New York to continue meetings on the sidelines of the landmark global summit.

He also met with foreign ministers of Austria, Brazil, Sweden, and the Netherlands as well as the president of the International Committee of the Red Cross.