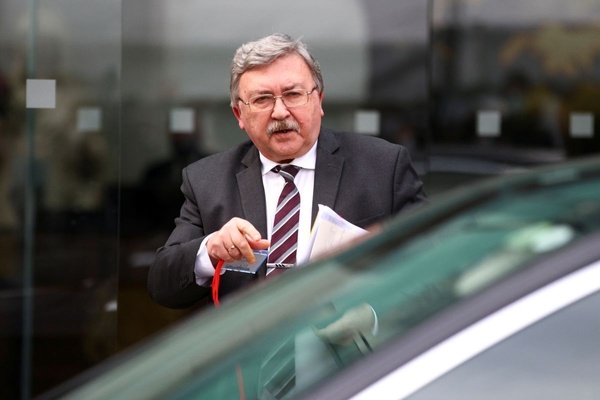 Permanent Representative of Russia at Vienna international organizations said that Tehran has proposed having guarantees in the draft of JCPOA to ensure its sustainability after its revival.

Speaking on a live TV program, Mikhail Ulyanov reiterated that one of the issues included in the Iranians’ yesterday amendment of the JCPOA draft was that it will be precisely clarified that there will be strong guarantees to ensure the sustainability of the JCPOA after its revival, and apparently moves in that respect need to be made.

The senior Russian diplomat stressed that if the Americans do not manage to revive the JCPOA it should also be ready to face its aftermaths.

The Politico, too, quoting an informed source wrote today that the Iranian side has forwarded its viewpoints about revival of the JCPOA for the EU, which is mainly focused on removal of sanctions and financial guarantees.

The international news website also wrote that the US has received Iran’s response to the EU draft JCPOA revival and is now studying and surveying its contents.

A US foreign secretary spokesman, too, said today: We received Iran’s viewpoints through the EU mediators, and we are studying it. We will let the EU know our reaction to it."

The Islamic Republic of Iran has presented its written response to the latest EU draft on JCPOA revival and announced that if the US reaction to it will be realistic and flexible, the final agreement will be reached.

Apparently, the United States has shown its flexibility about two of the three remaining points of difference orally, but Iran wants inclusion of them in the text of the agreement. Meanwhile, the third issue is about the guarantee for sustainability of the revived JCPOA, which depends of US rationalism and the extent it will meet Iran’s demand in that respect.