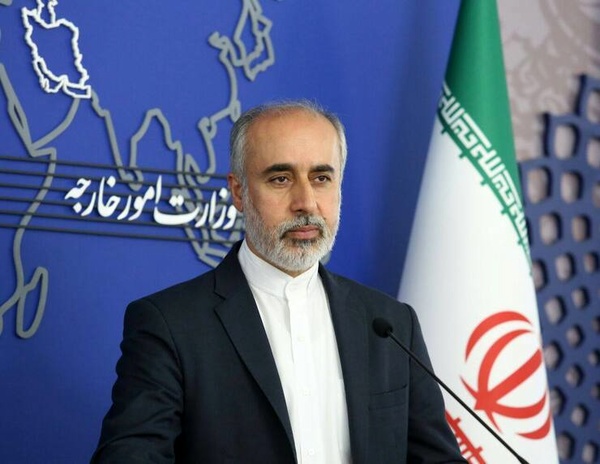 The spokesperson for the Iranian Foreign Ministry dismissed the allegations raised against the Islamic Republic after the recent attack on Indian-born British author Salman Rushdie, the writer of blasphemous book The Satanic Verses.

In comments at a weekly press conference on Monday, Nasser Kanaani said nobody deserves blame for the stabbing attack in New York against Salman Rushdie, except his proponents.

“No one has a right to accuse Iran in this regard,” the spokesman stated.

Kanaani said Rushdie made himself a target for anger, not only from Muslims but followers of all religions, after insulting Islamic sanctities and crossing the red lines of over one and a half billion Muslims.

Rushdie’s blasphemous move and the support for him aroused resentment among all religions, the spokesman added, noting that the support from a number of governments for the freedom of speech could not justify the insults to divine religions.

“We believe that hate speech and sacrilege are condemned religiously, morally and legally,” he stated.

Kanaani said condemning the act of the assailant and sanctifying the insulting measures of Rushdie reveal a paradoxical approach.

“We have no information about the attacker. We too heard the news from the American media,” the Iranian spokesman added.

Hadi Matar, a 24-year-old man from Fairview, New Jersey, is accused of attacking Rushdie at an event in New York state and is being held without bond.

Rushdie was stabbed in the neck and torso on stage at a lecture on Friday.