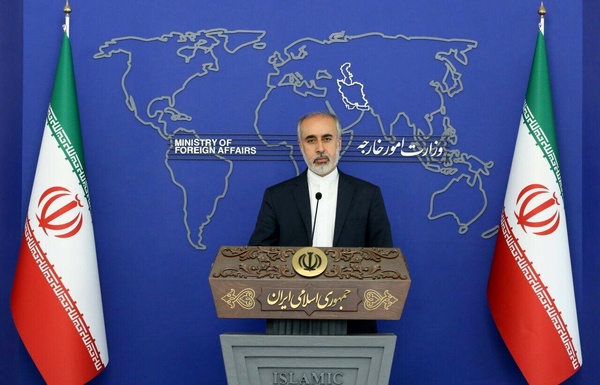 The spokesman for the Iranian Foreign Ministry has termed scenarios constructed by the US judicial officials about their bankrupt and unworthy political elements like John Bolton as worn-out fabrications being turned into a humdrum routine in the US judicial system.

In continuation of following their defeated Iranophobia policy and their endless moves to accuse the Islamic Republic, the US Justice Department has fabricated new story and made unfounded accusations without any necessary documents, Nasser Kanaani announced.

Political aims are behind making such false and baseless claims, Kanaani noted.

The spokesman went on to say that such claims are as “forward escape,” smear campaign and breakout from being responsible for different terrorist crimes committed by the United States.

Further, the spokesman referred to the US Jan 2020 assassination of Lt General Qassem Soleimani being of those crimes.

The Islamic Revolution Guards Corps (IRGC) Qods Force commander Lieutenant General Qassem Soleimani and Abu Mahdi al-Mohandes, the acting commander of the Iraqi Popular Mobilization Units (PMU) - known as the Hashd al-Shaabi - were assassinated in Baghdad by the US attack in January 2020.

Islamic Republic of Iran warns against any measure to be taken against the Iranian nationals on the pretext of such ridiculous accusations, Kanaani stressed.

Islamic Republic preserves it as its right to defend its government and nationals within the framework of the international regulations.