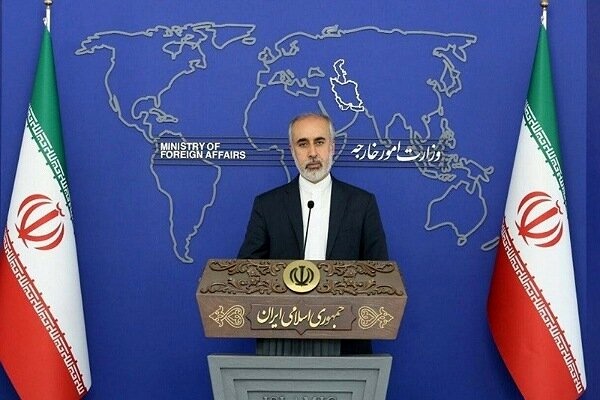 Iranian foreign ministry spokesman wrote in a tweet that launching the “Khayyam Satellite” into orbit was another golden page in the history of the Islamic Republic of Iran’s scientific pride.

In his tweet on Tuesday, Nasser Kanaani with a hashtag reading #The-Strong-Iran, reacted to the launching of Iran’s new satellite, arguing: Launching Khayyam Satellite into orbit, was the newest achievement of the Iranian space scientists for peaceful purposes, and another golden page in the history of scientific pride of the Islamic Republic of Iran.

The Foreign Ministry spokesman added that the bright path of the Islamic Republic of Iran’s scientific and technological pride continues incessantly despite the enemies' pressure and maximum sanctions.

The launching of Iran’s Khayyam Satellite was done in collaboration with Russia, from its Baikonur Space Station in Kazakhstan Republic, on a Soyuz satellite carrier, due to the heavier weight of this satellite compared with Iran’s former satellites, which were sent to the earth orbit from land stations in Iran.

The home-made satellite is also aimed at improving agricultural productivity, monitoring water resources and management of natural disasters, among other things.

Iran's Minister of Communication and Information Technology Issa Zarepour, who has traveled to Kazakhstan for launch of Khayyam, said through a video message that Iranian Space Agency will continue scientific and technological cooperation with countries which are pioneers in the space industry.

The country develops domestic capabilities and will continue such a cooperation in order to meet its needs and accelerate the process of development in space technology.