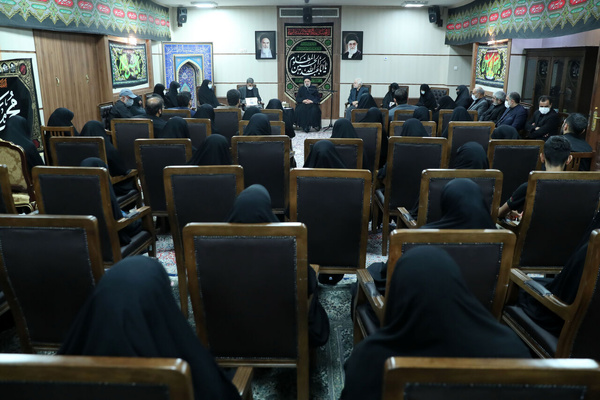 Iranian President Ebrahim Raisi condemned the Zionist regime’s criminal acts against Gaza residents, and said that the braveries and grandeur seen today in Palestinian resistance, is the fruit of anti-arrogance spirit and self-confidence harbingered by Islamic Revolution of Iran.

Speaking for a group of family members of the martyrs on Sunday evening, President Raisi initially condoled with them on the anniversary of Imam Hossein’s martyrdom while condemning the criminal acts of the racist Zionists in Gaza, and reiterated that the awareness and alertness of the region’s youth is indebted to the martyrs’ blood.

He said that the Zionists are in their terrorist attacks martyring the defenseless Gaza residents, and the Islamic Jihad is only attacking Israel in response to those brutal attacks.

Focusing on the Zionists' numerous criminal acts against the Gaza residents, the Iranian president emphasized: Today, the people of Palestine are not comparable with them in the past, since they had once tied their hope to peace talk tables, such as the Camp David, the Sharm al-Sheikh and the Oslo Peace Treaty, but today they are fighting against the Zionists and the youth have the initiative in the war.

President Raisi said that this spirit of resistance is gained thanks to the martyrs of the Iraqi-imposed war against Iran, and the martyrs in defense of the Holy Shrines in Syria and Iraq.