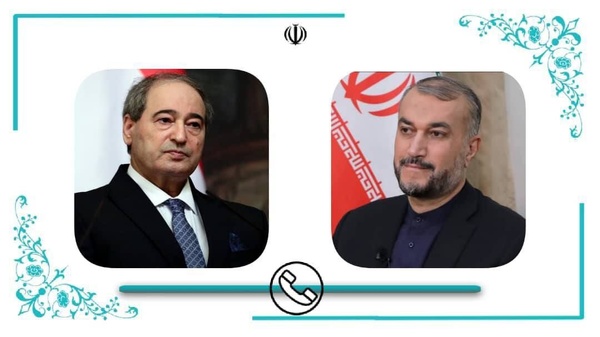 Iran’s Foreign Minister Hossein Amirabdollahian on Sunday strongly condemned Israel’s onslaught on Gaza and said that the Zionist regime’s brutalities are the result of silence by the international community and those who claim to be defending human rights.

The Iranian foreign minister made the comment in talks with his Syrian counterpart Faisal Mekdad on the phone.

The two diplomats exchanged views on the latest developments in the besieged Gaza Strip which has been hit by relentless Israeli attacks since Friday. More than a dozen Palestinians, including women and children, have been killed as a result. Scores more have been wounded too.

The Syrian foreign minister, on his part, denounced the Zionist regime’s attacks on civilians as well.

He also said that he had held a phone conversation with UN Chief Antonio Guterres and called for international action to halt the aggressive policies of the Zionist regime against the Palestinian people.