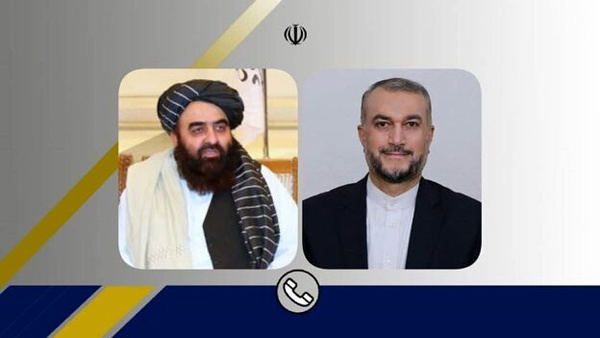 Iranian Foreign Minister Hossein Amir Abdollahian urged the governing body of Afghanistan have the necessary and serious cooperation in fulfilling its bilateral obligations in accordance with the applicable agreements in the field of Iran's water rights and border waters.

Amir Abdollahian made the remarks in a phone call with the Acting Foreign Minister of Afghanistan's Taliban Amir Khan Muttaqi.

Sympathizing with the earthquake victims, he said: Part of Iran’s aid in the form of two air cargoes was immediately sent to Afghanistan.

Referring to the dispatch of the Iranian Red Crescent relief groups to Afghanistan, he said: "We are with the honorable and patient people of Afghanistan as in the past, and are ready to send a medical team if necessary."

Regarding Iran's water rights from the Helmand River, he stressed: "We have a serious request that the governing body of Afghanistan has the necessary and serious cooperation in fulfilling its bilateral obligations in accordance with the applicable agreements in the field of Iran's water rights and border waters and turn it into a factor to strengthen cooperation and friendship between the two countries and the nation by resolving this issue.

He expressed hope that with the cooperation of the two countries, the process of combating organized crime, drug and human trafficking and fighting terrorism would be eliminated.

Meanwhile, Muttaqi appreciated Iran for sending messages of condolence and sympathy and also timely aid to the earthquake victims, saying that in the current situation, it is very important to provide shelter for earthquake victims.

He stressed Afghanistan’s commitment to developing relations with Iran.

He called for dispatching a delegation from the agricultural and counter-narcotics sectors to visit the Islamic Republic of Iran.

He also welcomed the continuation of bilateral consultations and the dispatch of a specialized delegation from the Iranian Ministry of Energy to pursue Iran's water rights.