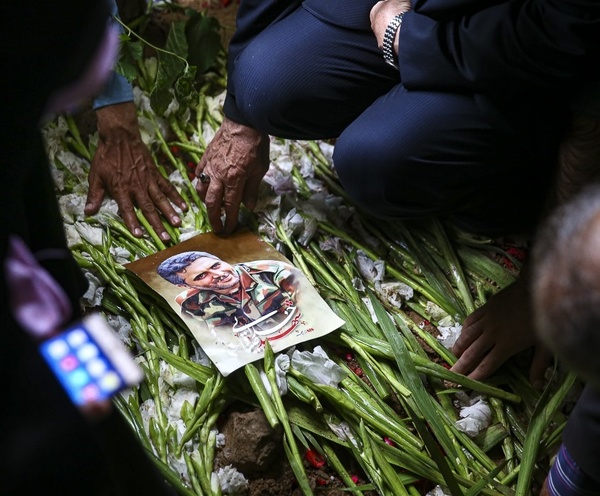 The commander of Iran’s Islamic Revolution Guards Corps has said the country will exact revenge on the Zionist regime for the assassination of IRGC’s Quds Force member Colonel Hassan Khodaei.

General Hossein Salami made the comments in a meeting with the family of Colonel Khodaei.

He urged all young Iranians to model themselves on Colonel Khodaei, adding that he had a high position as he was martyred by the Zionists.

The IRGC commander further said that all people who get martyred by the Zionists have a high position because they have been killed by the most abject and ruthless creatures.

Salami noted that the martyrdom of noble people like Colonel Khodaei helps preserve Islam, just as Imam Hossein’s martyrdom did.

Colonel Khodaei was assassinated last week outside his home in downtown Tehran by two gunmen.

He was unarmed when he got killed. Iran has blamed it on agents of the Zionist regime and has vowed revenge.