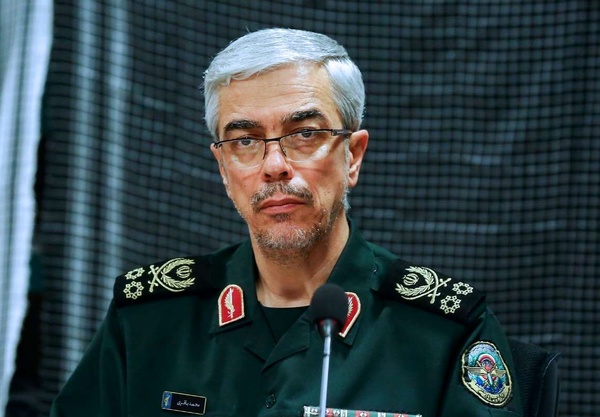 Chief of Staff of the Iranian Armed Forces Major-General Mohammad Bagheri has said that the assassination of IRGC member Hassan Sayyad Khodaei will not go unanswered.

Bagheri issued a message of condolence over the martyrdom of Colonel Khodaei, who was a member of the Quds Force of the Islamic Revolution Guards Corps (IRGC) and was shot dead by two motorists in Tehran on Sunday.

He offered his condolences for Khodaei’s martyrdom to Supreme Leader of the Islamic Revolution Ayatollah Seyyed Ali Khamenei and the martyr’s family and the Iranian people.

Bagheri hailed Khodaei for his efforts to defend the Islamic revolution and establishment and the dignity and security of Iran.

In his message, Bagheri said that the assassination shows the despicableness of those who only claim to be defending human rights, and indicates their futile attempts to cover their defeats in the face of the resistance front.