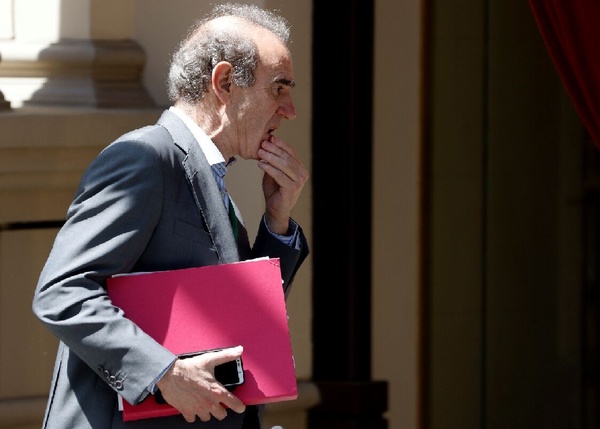 Despite the fact that the European officials have not yet announced Mora’s trip to Tehran to the moment when this piece of news is published, informed sources said that the EU representative will hold talks with a number of Iranian authorities in his three or four days of stay.

Stephanie Liechtenstein, a diplomatic correspondent and freelance journalist based in Vienna, Austria, wrote on her Twitter account that it seems Mora will arrive in Tehran on Tuesday and will negotiate with his Iranian counterparts until Friday.

The Financial Times reported on Sunday that the European Union is to try to revive the 2015 nuclear deal and break the deadlock between Tehran and Washington over removing the name of the Islamic Revolution Guards Corps (IRGC) from the terrorist list.

Josep Borrell Fontelles, High Representative of the European Union for Foreign Affairs and Security Policy, told The Financial Times that the bloc is seeking to find a balanced solution to avoid disrupting diplomatic efforts to revive the Joint Comprehensive Plan of Action (JCPOA) and lift anti-Iran sanctions.

According to The Financial Times, the European official is pursuing a scenario in which IRGC would be removed from the United States’ black list, but some units of it will remain on the list.

Iran’s Minister of Foreign Affairs Hossein Amirabdollahian reacted that with respect to the IRGC, it is very important to see they would pay heed to the position and role of the organization in guaranteeing the defense and security of the Islamic Republic.

Achieving a final agreement in Vienna depends on respecting Iranians' redlines completely, the Iranian top diplomat said, adding that Iran will not reconcile over its redlines.

The former US administration designated the IRGC as a terrorist organization in 2019. The Trump administration also ordered the assassination of Lieutenant General Qassem Soleimani, commander of the Quds Force of the IRGC, in Baghdad, Iraq.

The American senators endorsed their second anti-Iran plan last week with the aim of hindering revival of the JCPOA and removal of cruel sanctions on the IRGC.

Mora has said that he proposed his suggestions on removal of the IRGC from the terrorist list to the incumbent US President Joe Biden.

Designation of the IRGC as a terrorist organization is a huge mistake by the US government, which can negatively affect the legal regime of international armed conflicts.

This move is also in contradiction to the United States' laws and is endangering international relations and legal system; therefore, removing the IRGC from the list can help protect international laws and regulations.

The European Union and Iran take similar stances on the pause of the Vienna talks from March 11, 2022. Other states involved in the negotiations call for finalization of the talks, but the US as the root cause of the current situation in implementing the JCPOA refuses to take serious steps to build confidence.

Iran as a responsible country has shown maximum brevity and insight during the Vienna talks and the Islamic Republic is ready to participate in a meeting in presence of ministers of the P4+1 group (Britain, France, Russia, China plus Germany) to finalize an agreement.

Since dragging-on of the negotiations is not useful for any side, the EU is expected to make use of the opportunity to facilitate a final agreement in Vienna and introduce itself as a reliable side.