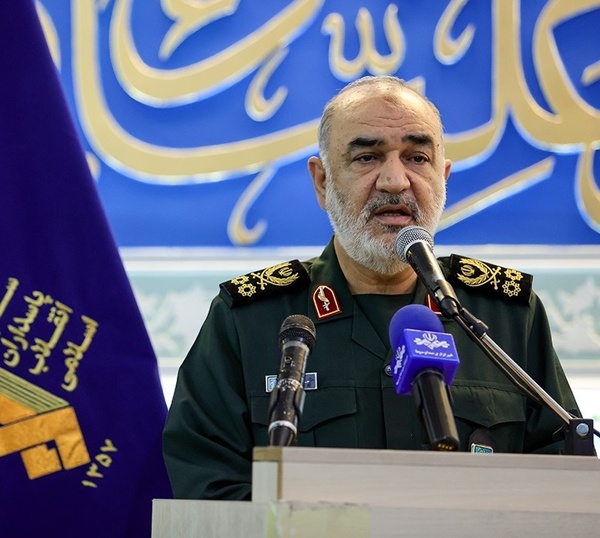 The commander-in-chief of Iran’s Islamic Revolution Guards Corps (IRGC) says the country’s enemies are angered by the unity that is in place between the Guards and the Iranian Army.

Major General Hossein Salami, who was visiting the Army Chief of Staff on the Iranian Army Day on Tuesday, said the brotherly ties between the two armed forces caused anger among Iran’s enemies.

“The enemy is afraid of and angered by the brotherly ties and the unity between the Army and the Corps; therefore, it’s always focused on issues that [are perceived to] cause discord between the Army and Corps and is always looking to portray things as though there’s a rift between us, not knowing that we’re one big family in the Armed Forces given our brotherly relations, culture, and viewpoints,” Salami said.

He called the Iranian Army “a very solid defensive structure.”

Both Salami and his host, Chief Commander of the Iranian Army Major General Abdolrahim Mousavi, praised the IRGC and the Army for their technological achievements, such as in the manufacturing of drones.

Mousavi also called for exchanges of forces so that the two sides could share knowhow and strengthen Iran’s military power.