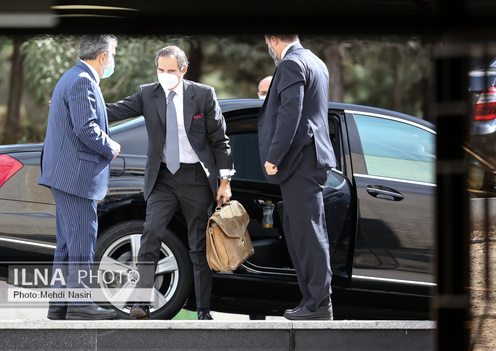 The European Union coordinator traveled to Washington on Tuesday to meet with the US negotiator after a Tehran visit aimed at overcoming the latest disputes.

During his two-day visit, Enrique Mora will meet with the US special envoy for Iran, Rob Malley, as well as the top White House official on the Middle East, Brett McGurk, and the number three US diplomat, Victoria Nuland.

Mora's visit comes after he met with Iranian officials on Sunday in Tehran to try to close the gaps remaining in the long and complex negotiations to save the 2015 JCPOA agreement.

On Wednesday, the EU's diplomat is also due to take part in the first session of the high-level dialogue between the United States and the EU on Russia, amid the conflict in Ukraine.

Enrique Mora, the Deputy Secretary-general of the European External Action Service and the coordinator of the Vienna talks, has traveled to Tehran on Saturday night.

In the meeting, Hossein Amir-Abdollahian referred to Iran's serious participation in the Vienna talks and noted that the Islamic Republic had presented the necessary initiatives to reach an agreement.