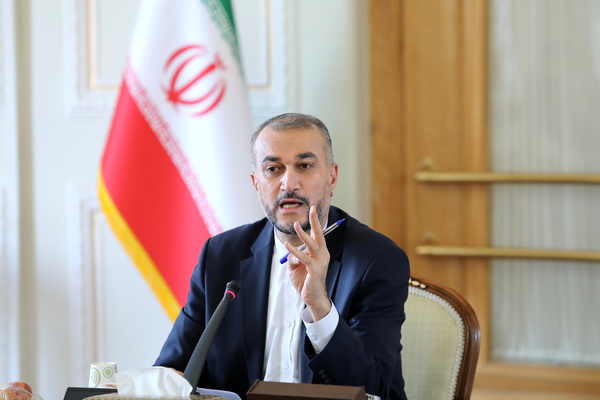 Iranian Foreign Minister Hossein Amirabdollahian said on Saturday that Iran has reached a point of agreement in the talks in Vienna while noting that a number of significant issues still remain in place.

Amirabdollahian said that any new agreement will not go beyond a 2015 agreement known as the Joint Comprehensive Plan of Action.

The foreign minister noted that the talks have made great progress on lifting arbitrary sanctions on Iran.

“The Americans said they wanted direct negotiations and said they sought to show the goodwill of Mr. Biden,” Amirabdollahian said, adding that “The US should lift sanctions on Iran if it has goodwill. We are not seeking to take photos. We are rather looking for practical measures.”

Referring to excessive demands by the US, he noted that what has hindered the negotiations is some issues on the American side.

The foreign minister also said that removing Iranian individuals and legal entities, the IRGC for instance, from the list of US sanctions is one of the main issues in the talks.

The role of IRGC as the most significant provider of security to Iran has to be accepted, Amirabdollahian said.