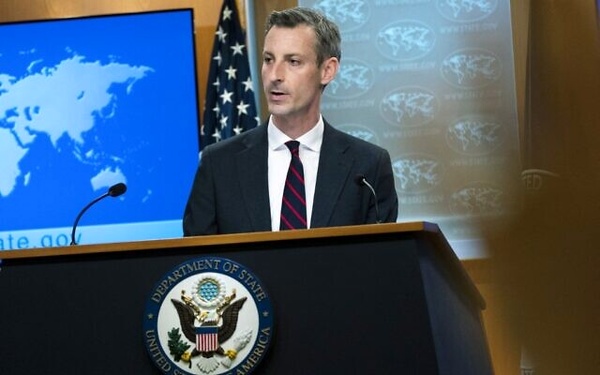 US State Department spokesman Ned Price on Monday sought to lower growing expectations of a forthcoming agreement between the country and Iran on a joint return to the 2015 nuclear accord, saying that “an agreement is neither imminent nor is it certain.”

During the daily press briefing, Price acknowledged the “significant progress” that world powers negotiating in Vienna have made in recent weeks, before expressing some significant caveats.

“In fact, we are preparing equally for scenarios with and without a mutual return to full implementation of the JCPOA,” he said.

“President Biden has made a commitment that Iran under his watch will not be allowed to acquire a nuclear weapon. And that commitment is as true and sturdy in a world in which we have a JCPOA and one in which we don’t.”

Price had been asked to comment on reports that the US is preparing to delist Iran’s Islamic Revolutionary Guard Corps as a terror group, as a final step in the talks that would pave the way for an agreement.

The spokesman reiterated the response given on Saturday by a State Department official, who declined to comment on the details of what is being discussed in Vienna.

But that official said the US is “prepared to make difficult decisions to return Iran’s nuclear program to JCPOA limits,” not denying that delisting the IRGC is potentially on the table.