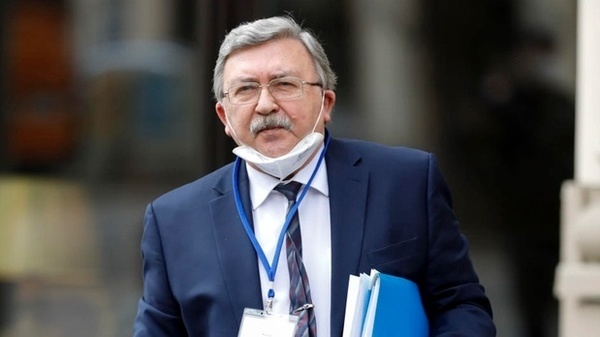 Russia's representative in the Vienna talks stated that the countries participating in the negotiations are trying to ensure the future of the implementation of the JCPOA.

Referring to Iran's negative experience as a result of the US policy of maximum pressure, Russia's representative in the Vienna talks stated that the countries participating in the talks are trying to ensure the future of the implementation of the JCPOA and lifting of sanctions.

In a tweet on Sunday evening, Mikhail Ulyanov Russia’s permanent representative to Vienna-based International Organizations wrote, “This evening I had yet another bilateral meeting with the Head of the delegation of Iran Mr.A.Bagheri Kani to compare notes on some issues related to the Vienna talks.”

Turning to Iran’s negative experience as a result of US policy of maximum pressure, Ulyanov stated that countries participating in the talks are working to ensure the future implementation of the JCPOA.

Political consultations are underway step by step and “We had useful meetings in various formats among the participants,” he added.

He referred to today’s meeting between Iran and the P4 + 1 group of countries including the UK, France, Russia, China and Germany and said that parties discussed one of the important issues in the meeting.

He declined to elaborate on the details of the meeting but stated that talks are underway and meetings would continue tomorrow.”

“We are moving forward step by step,” Ulyanov continued.

The eighth round of talks on the removal of anti-Iranian sanctions resumed on December 27 in the Austrian capital of Vienna and the vast majority of delegations acknowledge that progress has been made in the negotiations.