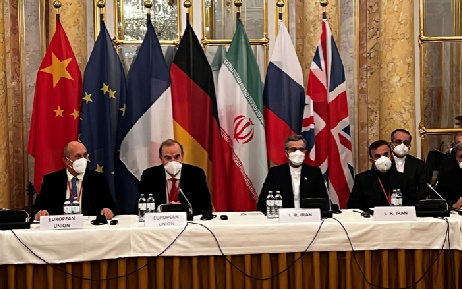 According to Aljazeera, the US Treasury Department blacklisted the Special Units of Iran’s Law Enforcement Forces and Counter-Terror Special Forces and several officials linked to the agencies, accusing them of human rights abuses.

“Washington fails to understand that ‘maximum failure’ & a diplomatic breakthrough are mutually exclusive,” he wrote on Twitter. “Doubling down on sanctions won’t create leverage—and is anything but seriousness & goodwill.”

Khatibzadeh’s statement appeared to mirror previous remarks by American officials who have cautioned Iran that escalating its nuclear programme would not benefit it in the negotiations.

The seventh round of indirect talks between the US and Iran in Vienna concluded on Friday with Washington accusing Tehran of not being serious about reviving the agreement, formally known as the Joint Comprehensive Plan of Action (JCPOA).

Iranian officials say they submitted two proposals that would secure a return to the deal, which saw Iran scale back its nuclear programme in exchange for a lifting of international sanctions against its economy.

Since former US President Donald Trump withdrew from the agreement in 2018, Washington has been piling sanctions on Iranian industries, government agencies and officials. In response, Iran has been enriching uranium beyond the limits set by the accord, while also restricting international monitors access to its nuclear facilities.