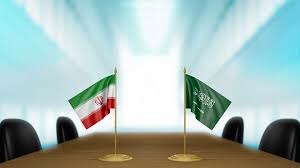 Representatives from Iran and Saudi Arabia have held a new round of talks in Baghdad, two Iraqi officials said Monday, in the first such meeting between two countries since a new president was sworn in in Tehran.

The official, who spoke on condition of anonymity because he was not authorized to give official statements, said the meeting was not on a ministerial level, but described the talks as positive.

Last month, Baghdad hosted a regional conference that brought together Arab heads of state and senior officials including the foreign ministers of Iran and Saudi Arabia. The meeting, meant to ease Mideast tensions, cemented Baghdad’s new role as mediator.

Iran and Saudi Arabia have long been regional rivals. Relations worsened considerably in 2016, when Riyadh removed its diplomats after protesters attacked its embassy in Tehran and consulate in Mashhad in retaliation for the kingdom executing a prominent Shiite cleric, Nimr al-Nimr.