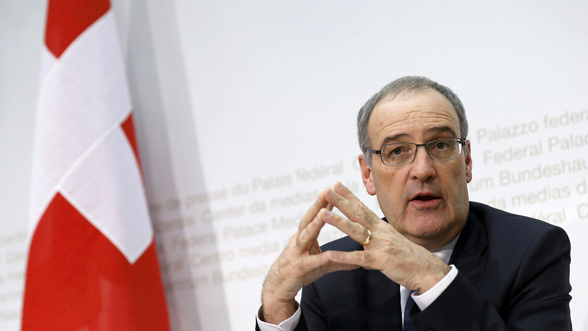 The President of Swiss congratulated Ebrahim Raisi on his victory in the 13th Presidential Election in Iran, stressed bilateral ties between two countries.

Swiss President Guy Parmelin in this message wished success for Iranian President-elect Ebrahim Raisi in his new position, expressed confidence that good bilateral relations between Iran and Switzerland during the presidency of Raisi will be strengthened more than ever.

The Swiss President also stressed that his country is committed to strengthening dialogue and cooperation with Iran with the aim of increasing stability and prosperity in the region, and considers it in the interest of all.

Parmelin noted that Switzerland would support Iran's efforts to strengthen dialogue and global cooperation to promote peace and security.

On Friday, June 18, the 13th round of Iran's presidential election was held with the energetic turnout of people all over Iran and also in 133 countries.

In this election, Ebrahim Raisi was elected as the eighth president of Iran with more than 18 million votes.

So far, many Presidents and senior officials of various countries in the region and across the world congratulated Ebrahim Raisi on his victory in the Iranian presidential election in separate messages.