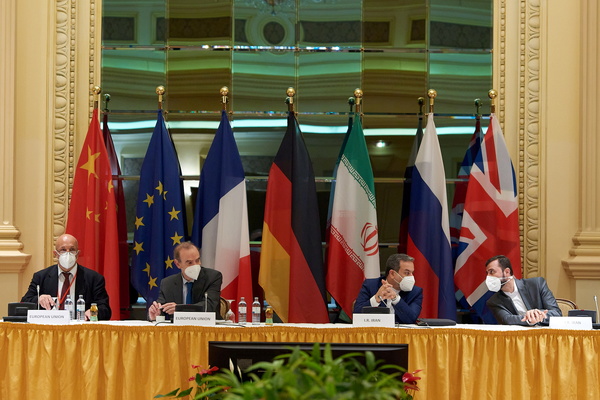 The Joint Commission of the Joint Comprehensive Plan of Action (JCPOA) will resume in a physical format this Saturday (June 12) in Vienna, EU External Action Service said in a release.

The Joint Commission will be chaired, on behalf of EU High Representative Josep Borrell, by the Deputy Secretary General/Political Director of the European External Action Service, Enrique Mora, the release added.

The commission, as it was in the past, will be attended by representatives of China, France, Germany, Russia, the United Kingdom, and Iran, according to the EU release.

"Participants will continue their discussions in view of a possible return of the United States to the JCPOA and on how to ensure the full and effective implementation of the JCPOA."

Participants of the JCPOA, and the US indirectly, have held five rounds of talks during the last two months to revive the nuclear deal put in danger of elimination by former US President Donald Trump

Joe Biden, the incumbent US President, has hinted his administration was willing to rejoin the Iran nuclear deal, but has yet to take the difficult decision to remove all sanction, as Iran demands.

Iran has said it would reverse all compliance reduction measure it has taken to reciprocate US withdrawal of the deal, in case the Washington 'verifiably' remove sanctions.