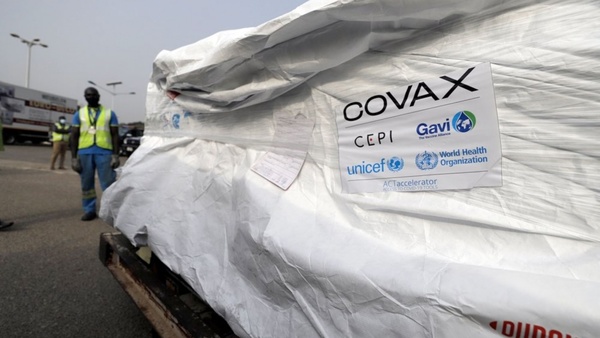 Head of Health Ministry’s Public Relations and Information Center said on Sunday that the first batch of Corona virus Covax vaccines was forwarded to Tehran on Sunday.

Kianush Jahanpur announced the news in his Twitter account on Sunday night, arguing: 700 doses of Oxford AstraZeneca vaccines produced by South Korea’s SK-Bio Company, was loaded on plane and forwarded to Tehran minutes ago.

According to Dr. Ali Reza Raisie, the spokesman of the Iranian National Headquarters for Campaign against Corona, thus far 790,000 Corona vaccines are imported to Iran.

Raisie also said last night (on Saturday night) that some batches of vaccines are on the way to Iran and will arrive during the course of the current week. “Of course there is a special condition regarding vaccines in the world today and there are differences of opinion among some countries on some types of them,” he added.

Raisie said that for instance Iran had purchased 500,000 doses of vaccines from India and fully paid for them, but the Indian Judiciary Force’s Inspectorate General order to halt their forwarding after only 125,000 of them were sent to Iran, arguing that the Indians, themselves need the vaccines.

“A similar condition is also observed in some European countries, and the vaccine issue has turned into a major diplomatic topic of discussion among world governments. We have bought 16.8 million doses of Covax and it was scheduled that before the Iranian New Year (March 21, 2121), we would receive 4.2 million doses, only 3.2 million of them were received, and according to the latest report, till Wednesday we will receive 870.000 more doses of Corona vaccines,” said Raisie.

The spokesman of the Iranian National Headquarters for Campaign against Corona had also said that so far 250,000 people have been vaccinated and some 56,000 citizens, too, have received their second doses of the Corona vaccines.