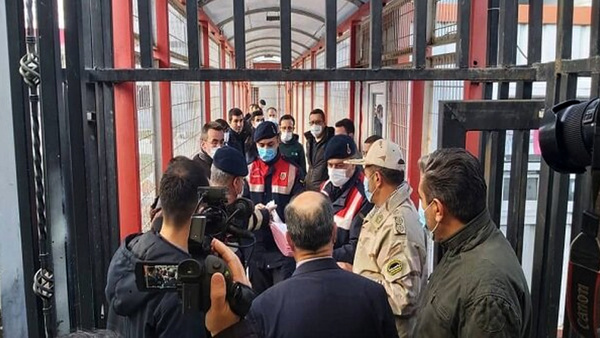 Iran and Turkey extradited 21 prisoners at Bazargan border, northeastern Iran, based on a memorandum of understanding signed between the two countries.

According to the advisor to Iran's Deputy Minister of Justice Seyyed Kamal Abdollahi, of the prisoners exchanged 6 were Turkish - out of whom two were women - and 15 were Iranian.

Drug trafficking was the main reason for the arrest and conviction of the individuals imprisoned in Iran and Turkey.

In the last three years, nine prisoners from the two countries have been exchanged, who will spend the rest of their sentences in prisons inside their own countries.